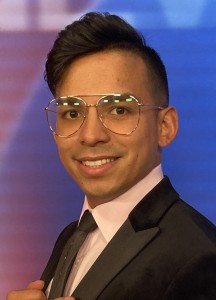 Marcos was born in Los Angeles, California, but grew up in Venezuela, a country in South America. He can speak English, Spanish and French. He lived a couple of years in Nashville before moving to Las Vegas.

Marcos received his Journalism Degree in May of 2019 from the University of Nevada Las Vegas.

During his time there, he was able to be a reporter, anchor and producer for The Rebel Report at the UNLV. That newscast made him realize his passion was being a journalist.

Marcos says he loved how no day was the same in the field, and he was able to interview many professional athletes — an opportunity that not many students have. Thanks to the Rebel Report, he was able to win an Emmy and experience what it was like to be a journalist being a student.

During his free time, he loves to watch and play sports, try new restaurants, and travel.

You can reach Marcos with news tips and story ideas at msantander@wbbjtv.com.