JACKSON, Tenn. — A Jackson native has received a scholarship from the United States Navy. 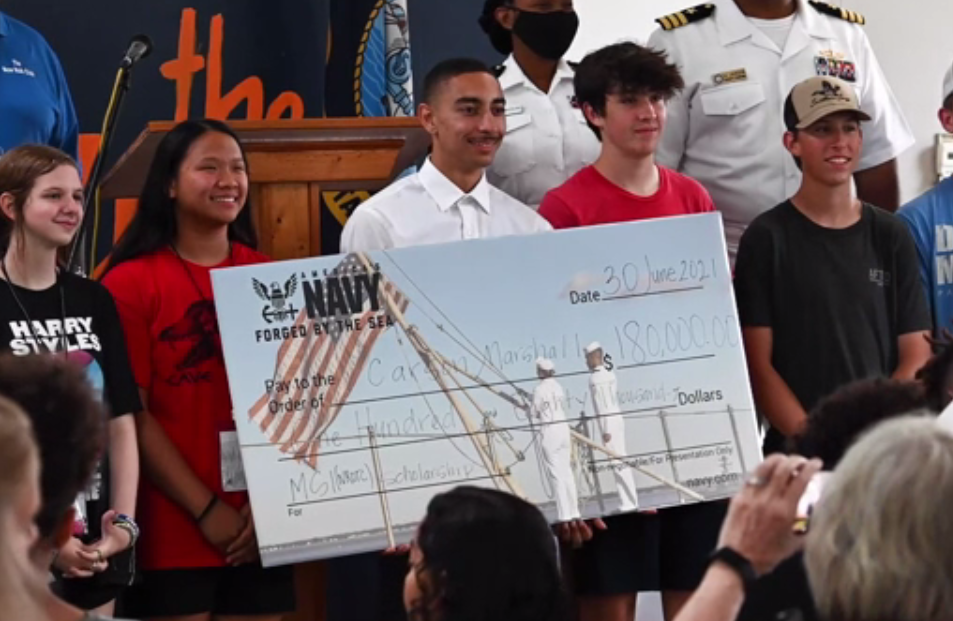 Carson Marshall graduated from North Side High School in 2019, and received the Navy’s $180,000 Reserve Officer Training Corps Scholarship this week, according to a news release.

The release says the scholarship will pay for Marshall’s four years at Savannah State University in Savannah, Georgia.

Marshall was selected from thousands of applicants across the country due to his academic and leadership record, the release says.

He received the scholarship during a ceremony on Wednesday, June 30 at the Hub Club at 201 Ash Street in Jackson.

Marshall had a 30 composite score on the ACT and played football and tennis, ran track and cross-country while in high school, among other activities.