JACKSON, Tenn. — A viral Facebook post is helping a local veteran and his family find a total stranger. 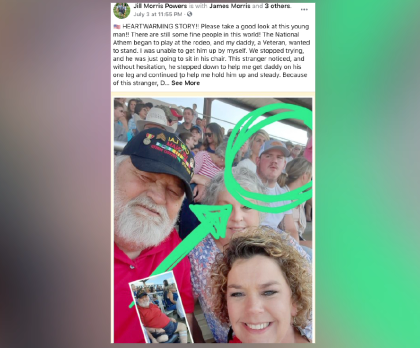 This person recently helped the veteran “stand up” for the country he fought to protect, as well as the freedoms we all share.

“My dad is a Vietnam vet, and he is very proud of his country,” said Jill Powers, the daughter of Henry County veteran James Morris.

Morris served in the U.S. Army in 1959, and he proudly salutes the American flag everywhere he goes.

While attending the Cody Nance rodeo with his family on Friday, Morris, who is disabled, attempted to stand for the national anthem with the help his daughter.

“We got ready to stand, and I’ve helped him stand many times, and it didn’t matter what I did. I could not get him to stand up,” Powers said. 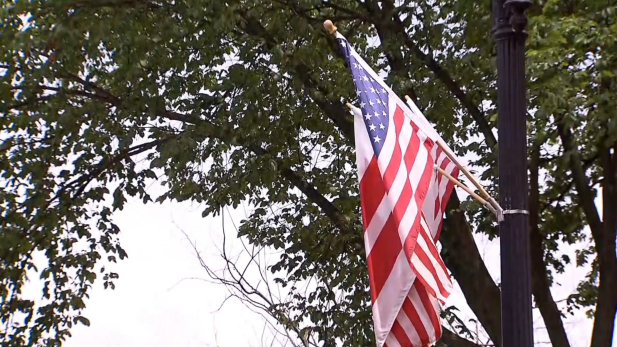 It wasn’t until a guy pictured sitting behind them offered to help Morris stand for the national anthem.

“I mean he just stood right up. It was like a little angel. There was no struggle or nothing,” Powers said.

Morris says that moment as a veteran changed his life forever.

“I thought, ‘How nice of some young man, probably never fought in the war as I did, to help stand for the American Pledge of Allegiance,'” Morris said.

Powers said after the event she went through pictures and found the person in the photo, so she decided to take to Facebook, asking the community for help to locate him. 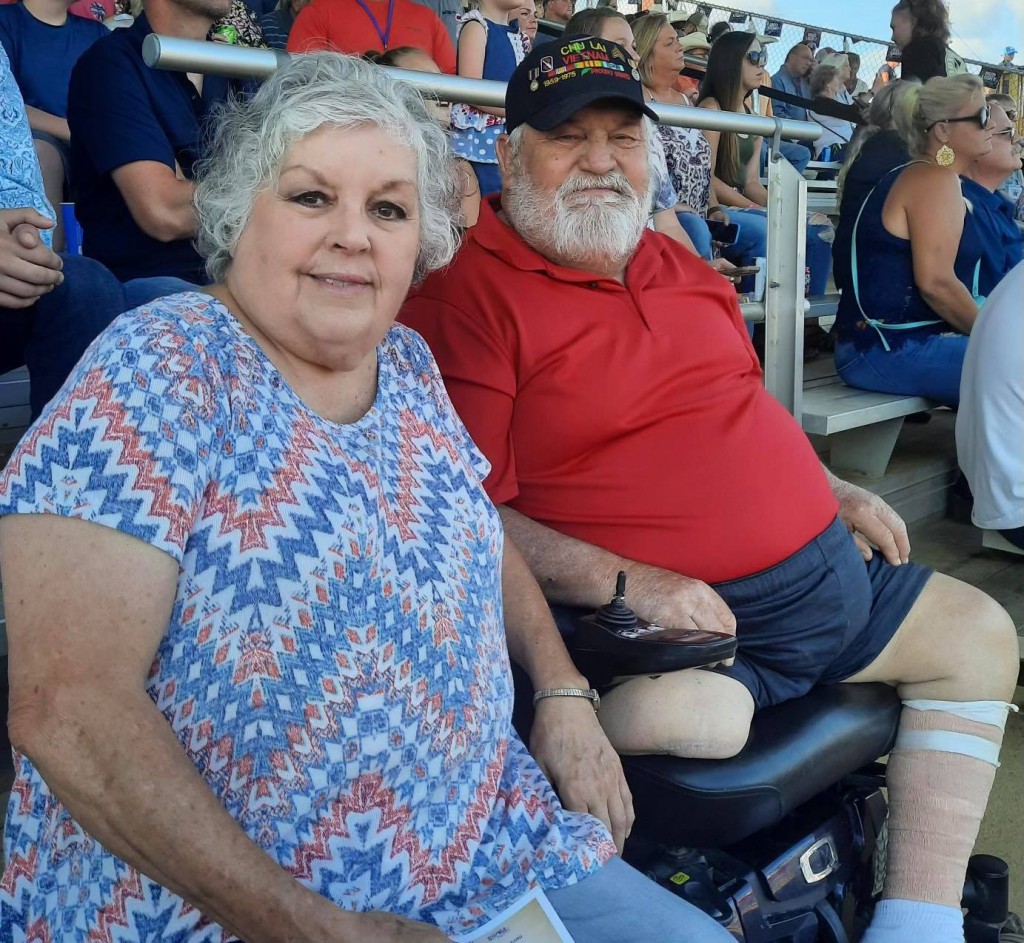 “I didn’t even know he was in the picture, and I was like there’s that guy that helped me help daddy stand up,” Powers said. “I thought I would love to thank him and know his name, other than, ‘Hey, I’m going to give you a big hug.'”

Over a thousand shares on Facebook later, the stranger named Blaise Cureintong was found and the family thanked him for his help.

“I would like for people to take advantage of this young man’s hospitality, and the way he helped me, maybe someday they can help someone else,” Powers said.

Powers also says she encourages people with disabled parents to stay motivated even during trying times.