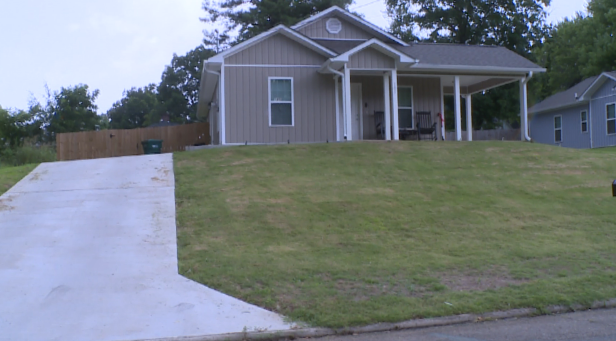 A multi-agency partnership between Community Redevelopment Agency, Healthy Community and the City of Jackson is helping to bring communities in the Hub City together by building affordable housing for residents.

Four of them are being built in east Jackson on Dupree Street and other homes next to Jackson Central-Merry High School and Madison Academic Magnet High School, with more to come.

“It’s been a long time since new construction houses have been built in east Jackson. I think that this particular street has seen the positive benefits considering Southwest has already built four houses on this street,” said Brian James, director of community development for Health Community, LLC.

James says Southwest Tennessee Community Development Corporation and Jackson Energy Authority are also a part of the project, with a $1 million grant funded to build the homes.

The grant was approved by the Tennessee Housing Development Agency.

William Boldman, who lives in one of the affordable houses, says he’s grateful and excited for what the partners are doing to help build the community he grew up in as a child.

“We grew up on this street, at the opposite end, and it’s been a big change and I think as it continues to develop it will become better for east Jackson,” said Boldman.

James also says the homes being built are based off of income in order for people to qualify and he’s excited to reinvest into empty lots that can be put to use.

“Whatever we can do to reinvest into our neighborhoods and our communities to get things going back in is awesome,” said James.

For more information about the affordable housing, click here.