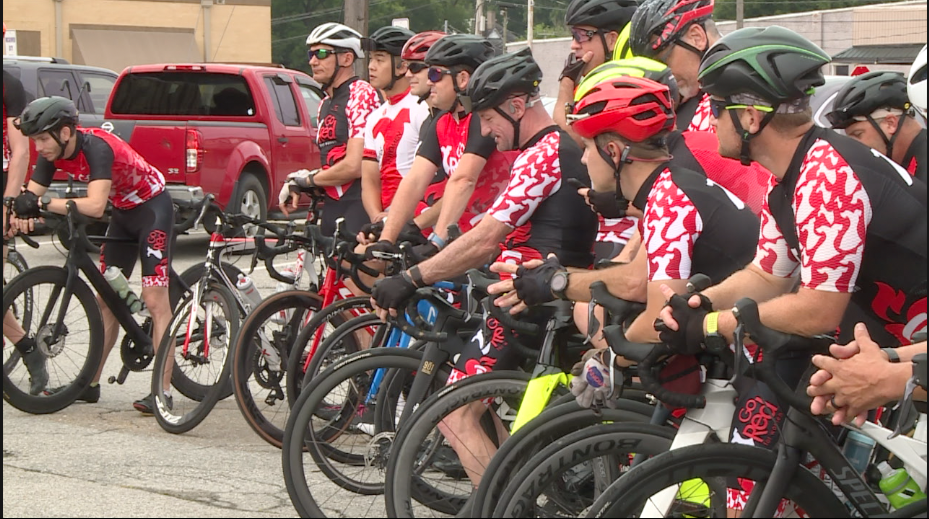 The ride consists of 32 cyclists from all across West Tennessee.

“We’ve been riding with several of the guys that talked about it for years, and last year was the first year for us to do it. And then when it came back around this year we were like, we were all in,” said ride participant Margaret Livingston.

The mission of this ride is to spread and show awareness to heart disease, but more specifically women’s heart disease.

“I think it’s important to recognize that heart disease is the number one killer of women. And so we’re here to represent the females that they’re raising money for,” said ride participant Keith Baumgardner.

The annual ride started around 7:15 this morning. The cyclists will ride 120 miles Saturday and 100 miles on Sunday.

Father and son cyclists Keith and Jace Baumgardner say this ride is not only about raising awareness but being there for one another.

“It’s really fun to just see that everybody leans on each other’s shoulders. There’s nobody left behind and when somebody starts to go, you help them out the best way you can,” Jace Baumgardner said.

Though the ride is called Men Go Red, there were a couple of women participating in the race just to show representation.

“We just come out here to show our support. And to recognize and to really say thank you for all that they’re doing, for raising money for heart disease and raising awareness,” Livingston said.

If you would like to donate to the Men Go Red for Women Ride you can visit our ‘Seen on 7’ section of our website.