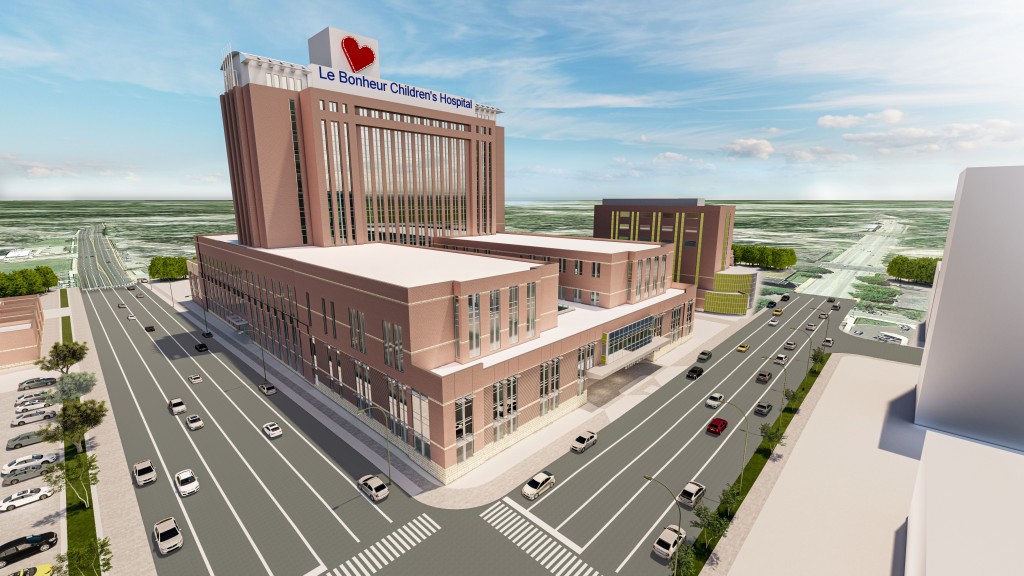 The $95.4 million project includes enlarging the cardiovascular and neonatal floors, recovery area and main floor, according to a news release.

The project also includes a 128,575-square-foot construction and renovation to the west side of the hospital on Dunlap Street between Poplar and Washington Avenue, the release says.

Plans include another two stories with the expansion that was initially announced in 2019, but was put on hold due to COVID-19, the release says.

“I am so thrilled to announce this major Le Bonheur expansion. This addition will help us make a generational difference in the care provided to children of the Mid-South and beyond,” said Michael Wiggins, Le Bonheur President and CEO. “This kind of momentum will allow Le Bonheur to continue attracting and retaining the best physicians and caregivers to achieve our mission of providing excellent health care for children, teaching the next generation of pediatric experts, pursuing scientific discovery and serving children in their communities. This will have an impact for decades to come.”

The addition will also include expansion of the neonatal intensive care unit, or NICU, bringing in another 14 beds for the 60-bed unit, as well as eight more surgery recovery bays, the release says.

The expansion includes additional beds in the Heart Institute, which will create a 31-bed cardiovascular unit, according to the release.

The release says the Heart Institute has grown significantly over the last five years.

Groundbreaking plans and construction timelines have not been announced.

Kids celebrate the spooky season with the Jackson Symphony