Hot And Humid This Weekend

A warmer day ahead as heat index reading will be well over 100 in the afternoon and we could end up with a heat advisory at least briefly on Sunday. A stalled out front over the viewing area will finally get on the move and exit to the east late Saturday. We’ll see more heat and humidity coming our way as the smoke and haze that’s been with us will finally mix out as we head into Sunday and Monday. 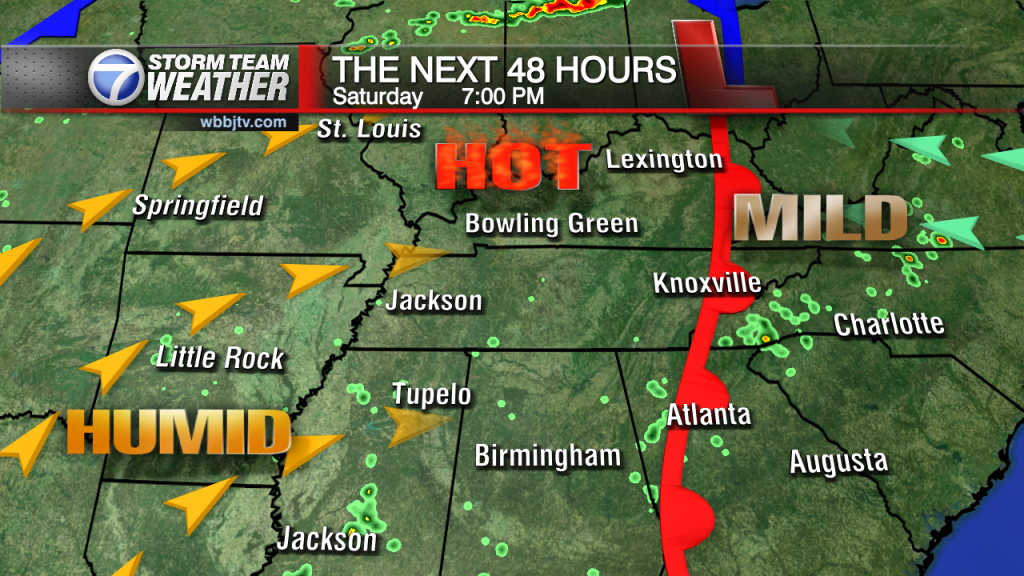 Patchy dense morning fog, hazy in the afternoon. Highs will be around 93 with a heat index between 102-104. A slight chance of a pop up storm in the evening. Winds will be mostly calm. 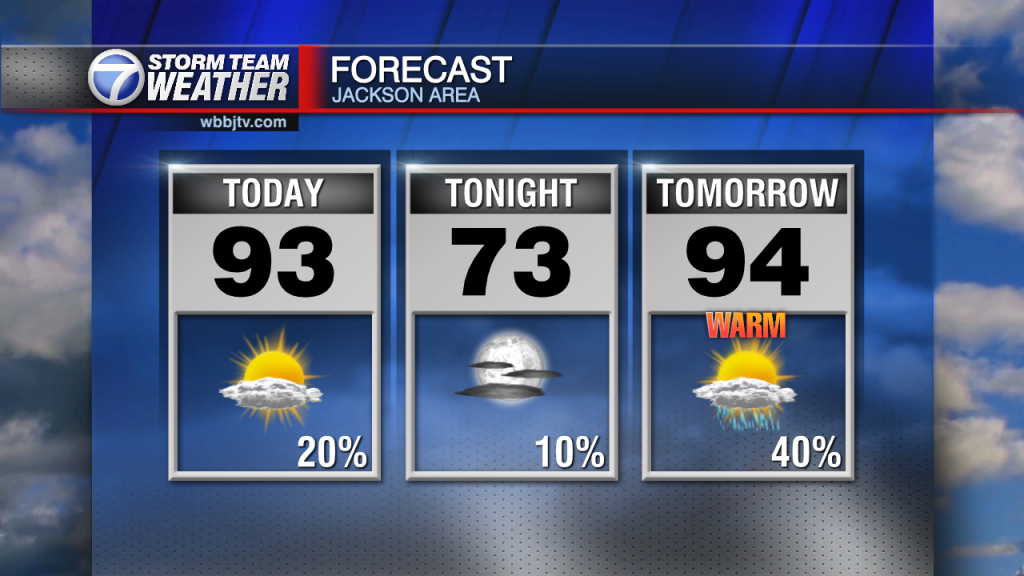 Forecast models are showing typical southwest flow and a mostly dry weekend now. Chances for rain sit around 20% today and 40% by late Sunday, but heat will be the bigger story. Highs this weekend should reach the low 90s with morning lows falling into the low 70s. Some locations could get close to the mid 90s on Sunday. The heat index will be a factor with most of the region feeling over 100° at times in the afternoon and early evening hours so a pop up shower would be nice, but don’t count on seeing much.  A cold front will approach West Tennessee Sunday after the sun goes down and depending on how far south it makes in on Sunday, some of us could see some late rain showers and storm activity. 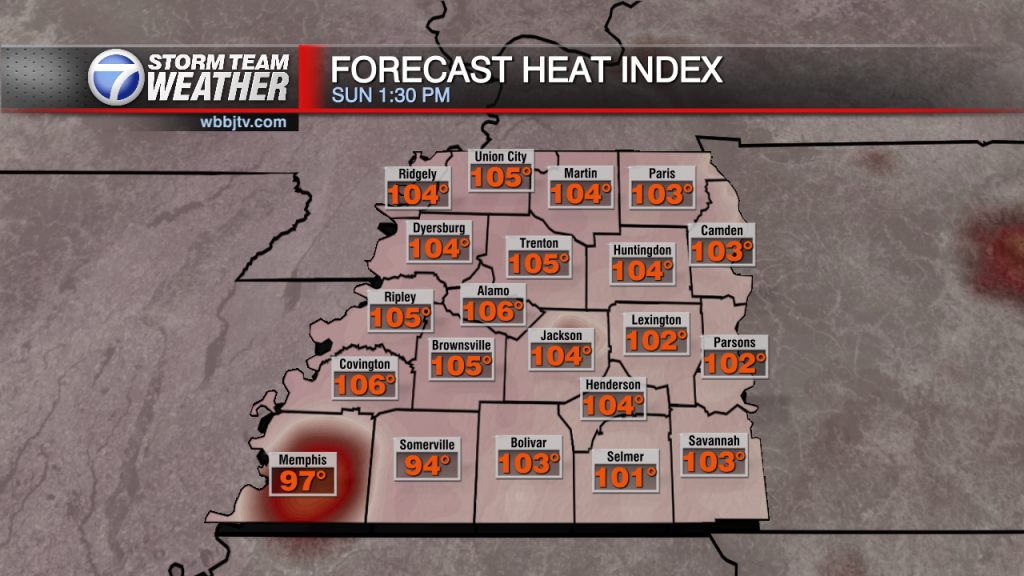 Rain showers and pop up storms could return for some of us on Monday and stick around into the day on Tuesday due to a cold front that could stall out as it moves through. Strong or severe storms are not expected but with our typical pop ups, brief heavy rain, lightning and some increased winds will be possible. Highs are expected to be around 90° with lows into the low 70s. Skies are expected to be partly cloudy and the winds will vary in direction as a weak disturbance moves through the region. Come Wednesday, the showers should clear on out and the heat will be moving back in. The winds will stay out of the east on Wednesday but will turn back to the southeast on Thursday causing the heat index to climb back up around 100° again.

Not only are we now officially in tropical storm season, we are still in the middle of our severe weather season. So you need to stay weather aware to changing weather patterns and monitor the forecasts closely. We got you covered in the WBBJ 7 Storm Team Weather Center as always.