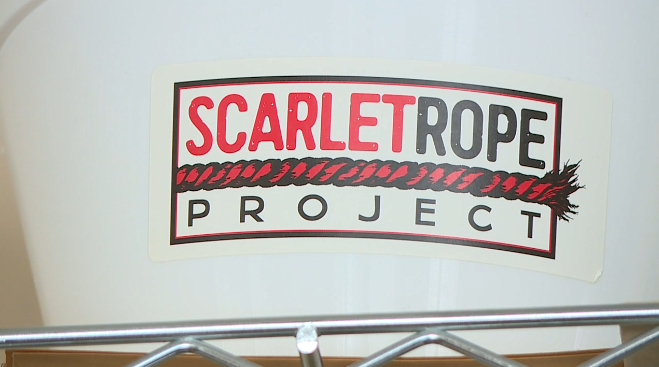 The red sand in sidewalk cracks might pique your interest, and that is exactly what Scarlet Rope is trying to do with their Red Sands Project.

The week-long awareness campaign is attempting to spark conversation about an issue that affects many people: human trafficking.

“It was started to bring awareness to the vulnerable people among us that fall in the cracks,” said Julanne Stone, with Scarlet Rope.

She says this is a way to educate the public on the dangers of human trafficking.

“The visual of walking down a sidewalk and seeing red sand in a crack is a way to make people kind of stop and question what is red sand,” Stone said.

She says that this issue is not only a national problem, but a problem that is happening right here in the community.

She says making sure the public is aware and cautious is the best way to protect against it.

Stone says anyone can participate in the campaign. Just pick up red sand and pour it into the sidewalk cracks.

“Post pictures on social media and tag the Madison County Health Department and Scarlet Rope. That will put us back on social media for people to start asking ‘What is red sand?’ and ‘What is Scarlet Rope?’ And that will bring awareness to human trafficking,” Stone said.

You can participate in the Red Sand campaign at both the Jackson-Madison County Health Department and the Carl Perkins Civic Center in Jackson on Wednesday.