JACKSON, Tenn. — The Jackson Exchange Club held a special ceremony for its 2020 Man of the Year on Tuesday. 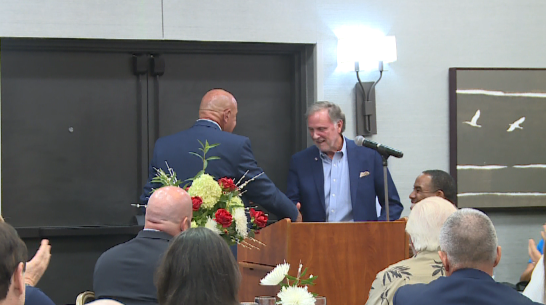 It’s a title many men in the Jackson community have held for more than 80 years.

Each year one man is awarded the title for his leadership and service to the community.

Filled with plenty of emotion, the 2020 Man of the Year award went to Madison County Mayor Jimmy Harris.

Leaders with the Exchange Club say Harris was recognized as a man for not only leadership, but also as a man of integrity.

Harris says he is very humbled for the recognition.

“I don’t really know how to describe it. It’s kind of humbling to think people think I’m in the same class with these men that have gone before me,” Harris said. 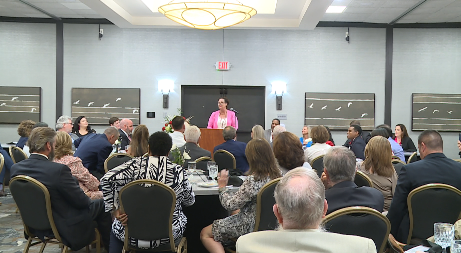 Harris has served as Madison County mayor since 2007.

He has also served his community as a member of several clubs and organizations throughout Jackson.

“I think as much as anything is that you got to be true to yourself, and be a man of honesty and integrity, and treat people right,” Harris said. “You can do about whatever you want to do in this life as long as you have those traits.”

“To look around at the people in this room that are leaders and business people, friends of mine in this community, and what they mean to this community, it’s just a great honor to be here,” Harris said.

The annual Exchange Club Man of the Year ceremony is a tradition dating back to the mid 1940s.