Warmer Week Ahead for West Tennessee

Some sunshine and warmer temperatures made their way into the region this afternoon. We reached into the upper 80’s for highs and heat index values weren’t far ahead. Clouds made their way over the region and will continue to do so into the evening. A chance for a few showers remains this evening. The chance remains greatest for those north of I-40 with no risk of severe weather this evening. Showers should continue into tomorrow afternoon. We should reach into the lower to mid 70’s for a low this evening. 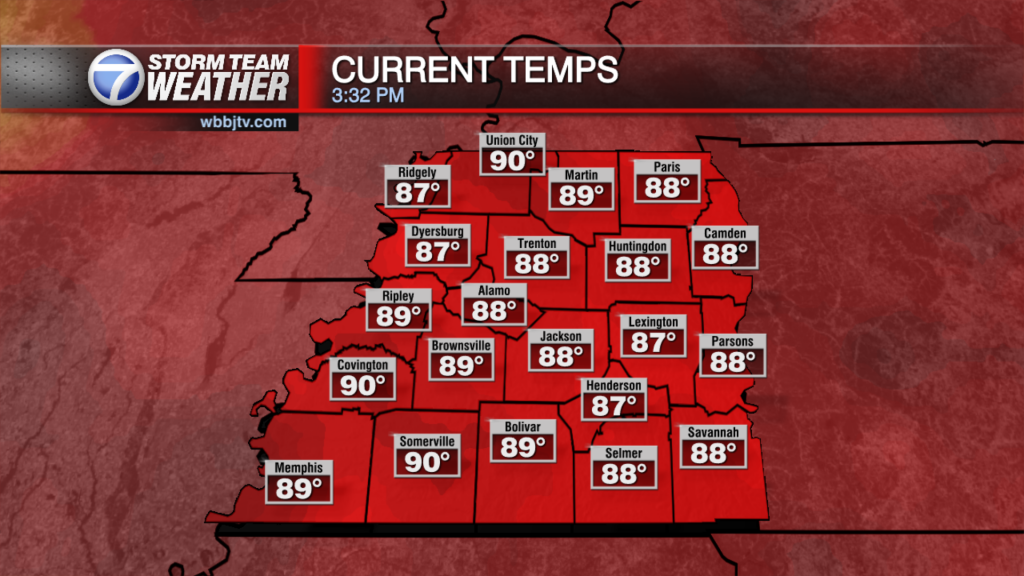 The chance for showers remains tomorrow. They should remain very scattered throughout the day., The greatest chance for showers remains north of I-40 but those south could see a few showers as well. Highs should reach into the upper 80’s with partly cloudy skies across the region. Around half an inch of rain could be expected into Monday evening as showers move out. Heaviest chances of rain are likely around sunrise until noon. Lows should drop into the lower to mid 70’s with mostly clear to partly cloudy skies overnight. 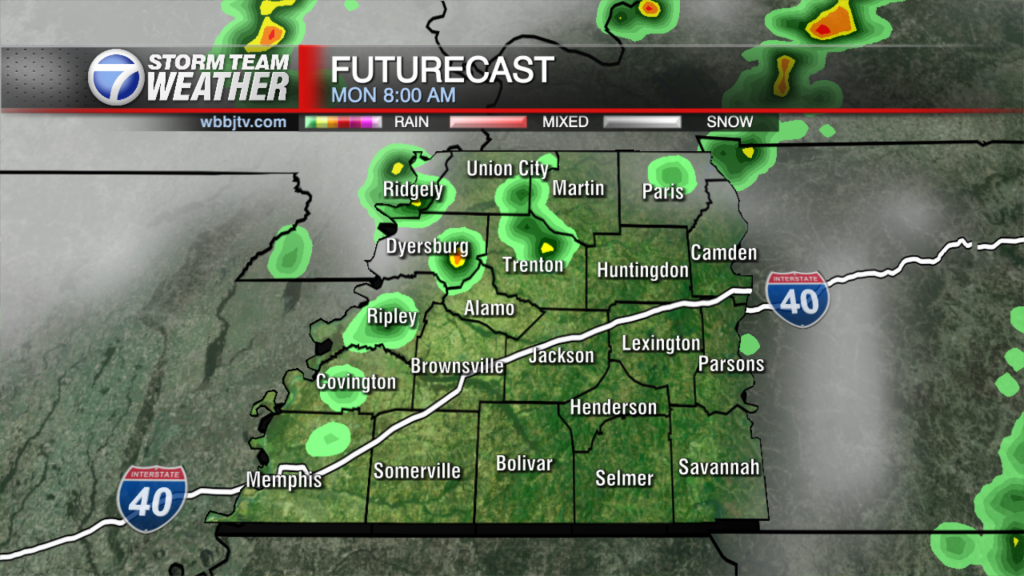 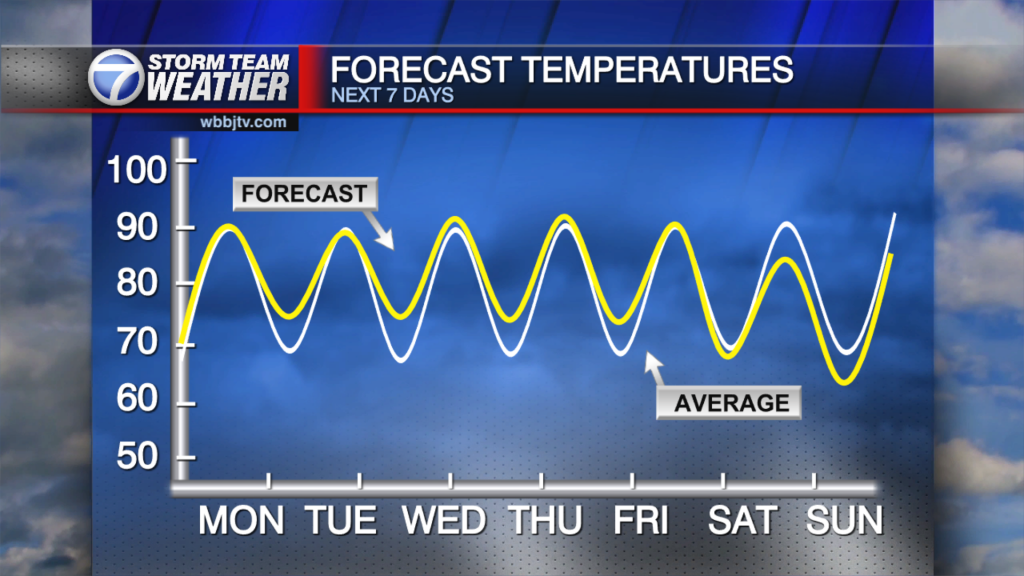 Overnight Friday into Saturday morning, a cold front is possible to pass, bringing cooler temperatures this weekend. Highs in the mid 80’s are possible Saturday with a few showers and storms. Lows could drop into the lower 60’s. We should quickly warm back up Sunday with highs in the upper 80’s once again and a little more sunshine.