WASHINGTON (AP) — A freshman senator has ground the Senate to a crawl in order to slow the passage of a bipartisan $1 trillion infrastructure package. 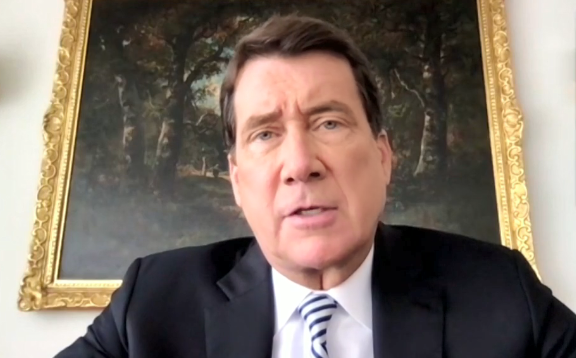 Republican Bill Hagerty of Tennessee is using procedural rules to slow the passage of the bill, which is opposed by former President Donald Trump.

Hagerty is a former Trump ambassador. He was elected to the Senate in 2020 after Trump endorsed him.

Hagerty’s protest against the bill is unlikely to change its fate, but it does raise the profile of the one-time Trump administration official eager to align himself with the former president.