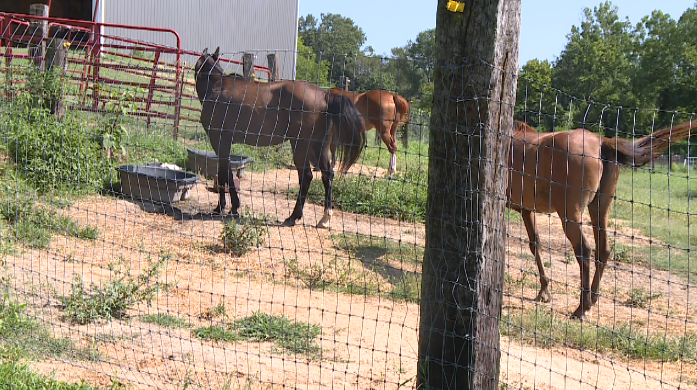 The non-profit has taken in 16 new horses over the last two weeks, with 13 coming from the same property.

“All of them had serious hoof issues. They were all at variable degrees of starvation. There were some outside that were able to reach foliage, and there were several that were locked in a barn,” said Redemption Road Rescue Director Lori Collins.

Collins says they had two rescues, Winter and Whisper, that came to the ranch barely able to walk. And after a few weeks, they are grazing in the pasture.

“They have started to get back to health. We were able to put them out in the field in a pasture. They still get lots of love, lots of grain and hay. They are doing a lot better, and they have come a long way just on simple groceries,” Collins said.

The rescue is hosting a fundraiser in September called the “Make It, Shake It Martini Party.” 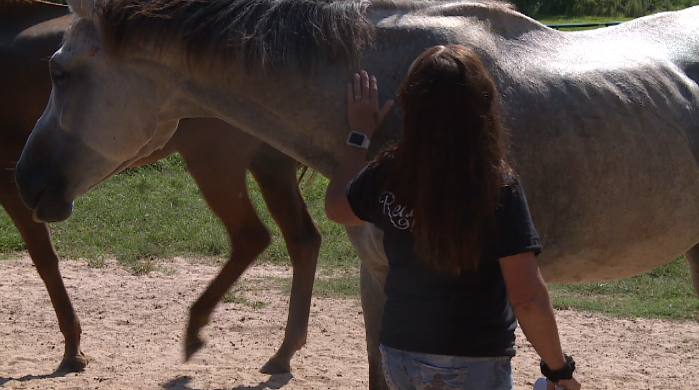 Collins says, along with being a fun event, it is also a way to make sure that their horses are taken care of.

“The difference between life and death for Redemption Road. Without the donation from the people that give to us so generously, we couldn’t do what we do,” Collins said.

She says Redemption Road has one mission, she says that is to make sure that every horse under their care lives a happy life.

“Our job is to help these animals and help them get back to healthy conditions where they can go on and live a great life,” Collins said.

For more information about the fundraiser or Redemption Road Rescue, click here.