We’ve seen a few showers across West Tennessee today – especially in Hardin County. A flash flood warning was issued for a few hours as storms brought heavy rainfall. These should dissipate over time but scattered showers should still remain. These should be popping up along the stationary frontal boundary and moving south. As this front moves a little further south, cooler temperatures should fall behind.

Along with the rain, some cooler weather accompanied our cloudy skies today. Highs only reached into the lower 80’s. This evening, lows should drop into the upper 60’s to lower 70’s this evening. 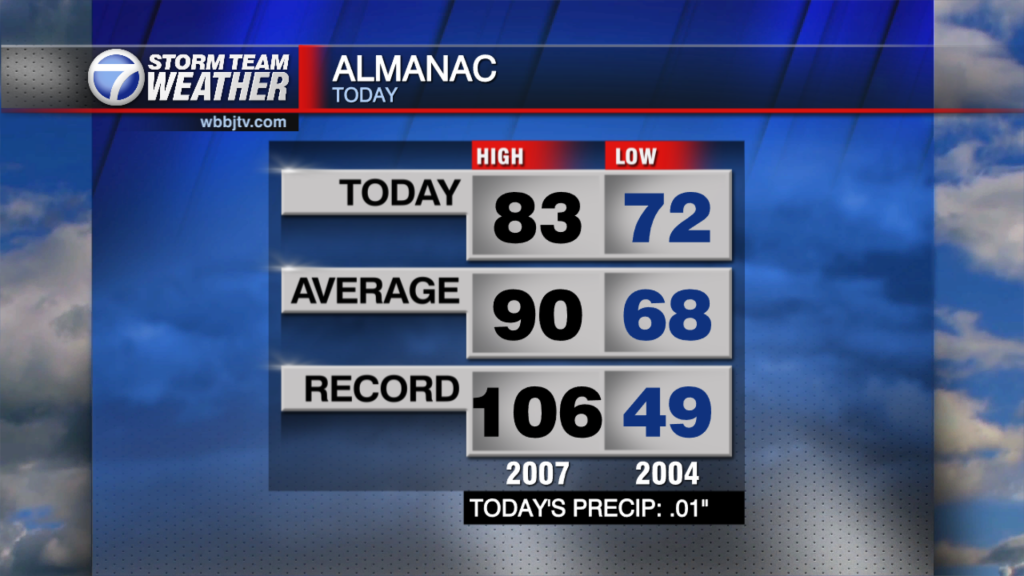 A few scattered showers and storms could remain Monday. Scattered showers could appear over the day with a few storms possible in the afternoon. Cooler temperatures can be expected. Cloudy skies should continue as well into the day. Highs should reach into the mid 80’s with lows in the upper 60’s to lower 70’s. Overnight, cloudy skies remain with a few showers possible into the morning. 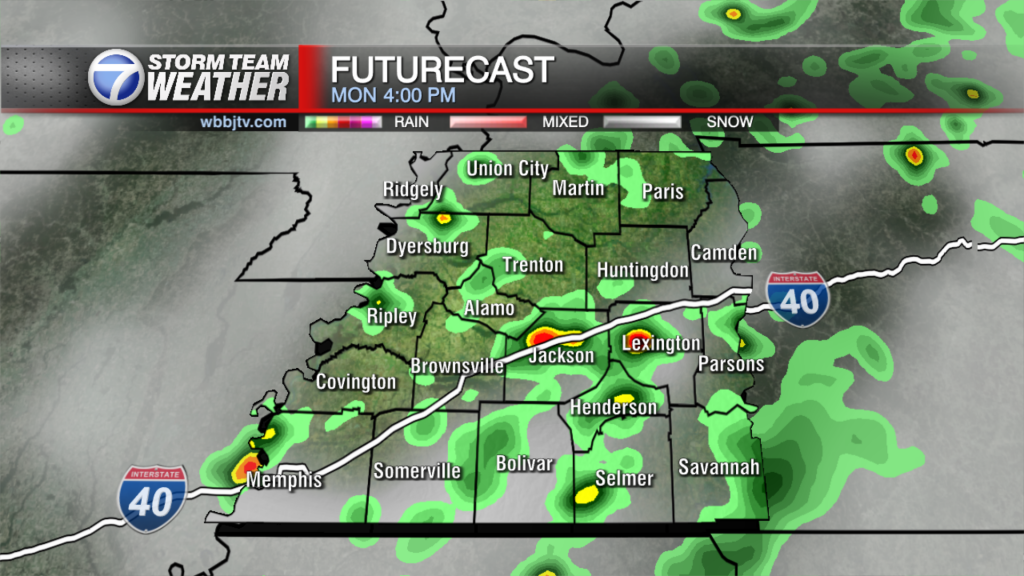 Starting off the week, we should see some fairly cooler temperatures for a few day. Highs could remain in the lower to mid 80’s into Wednesday. Partly cloudy skies and showers are possible starting the week. The passing cold front will fight with some warm air advection over the week. This will create a stationary front that remains over the region for part of the week. The front will turn warm and move past the region mid week and temperatures warm back up into the upper 80’s. As of the moment, a few afternoon pop-up showers can be expected through the week. 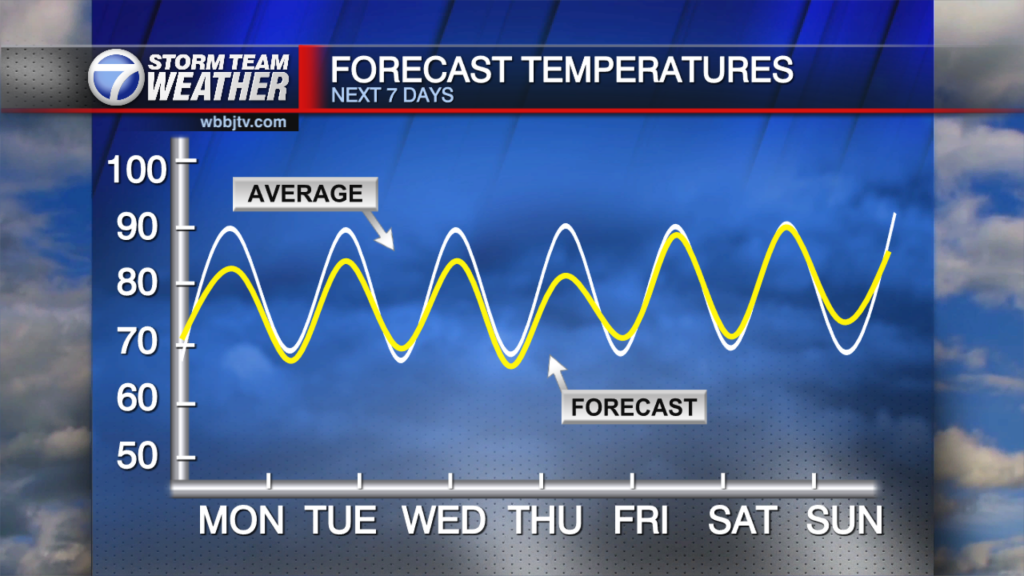 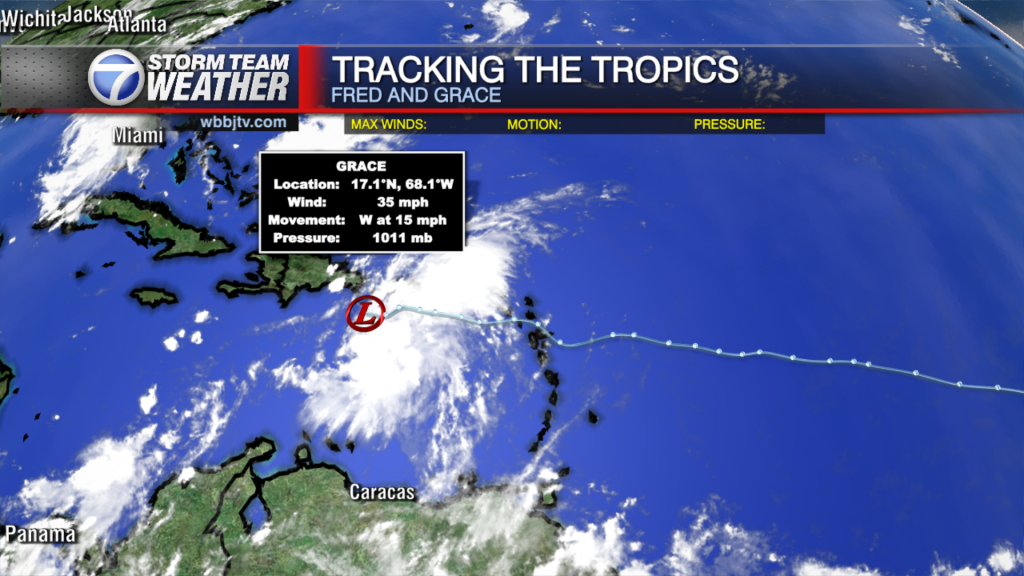