Showers And A Few Storms Ahead

Scattered showers and storms this morning and more rounds are likely Into the afternoon as a cold front will move through West Tennessee. Strong storms are not expected, but some lightning and heavy rain will be possible. Tropical Depression Nicholas will get cut off from the cold front but some rain chances could linger towards the end of the week depending on where the storm stalls out. Catch the latest forecast for your Friday night and your full weekend breakdown coming up right here. 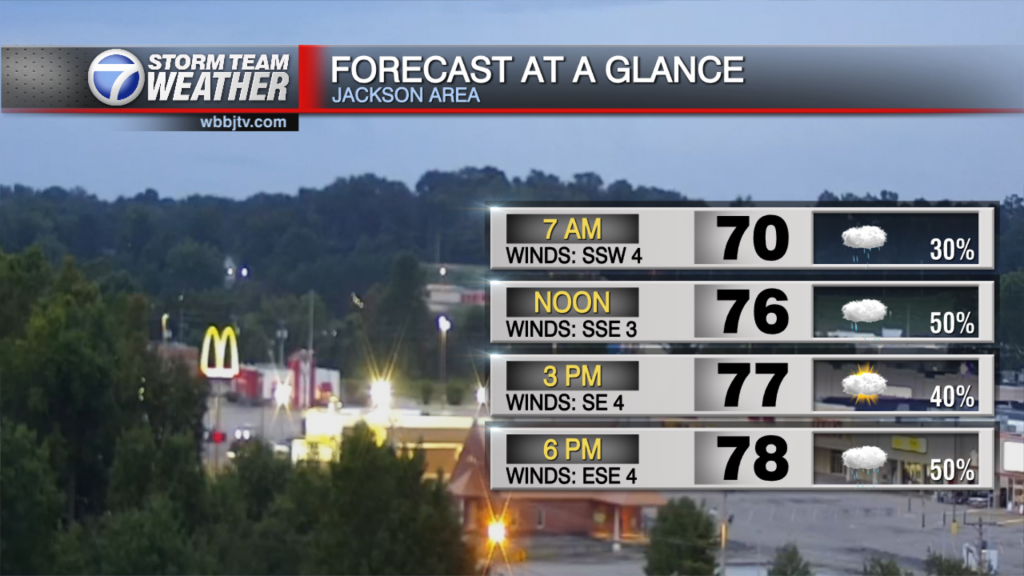 The heaviest rain amounts and best chances for storms from Nicholas will stay far to the south of our region. Some isolated storms or quick passing rain showers could pop up though on Wednesday. Chances for rain in Jackson sit around 70% with chances to the south a little lower and chances to the north could be a little higher. Highs will reach the low to mid 80s on Wednesday depending on the amount of clouds and timing of the rain showers. 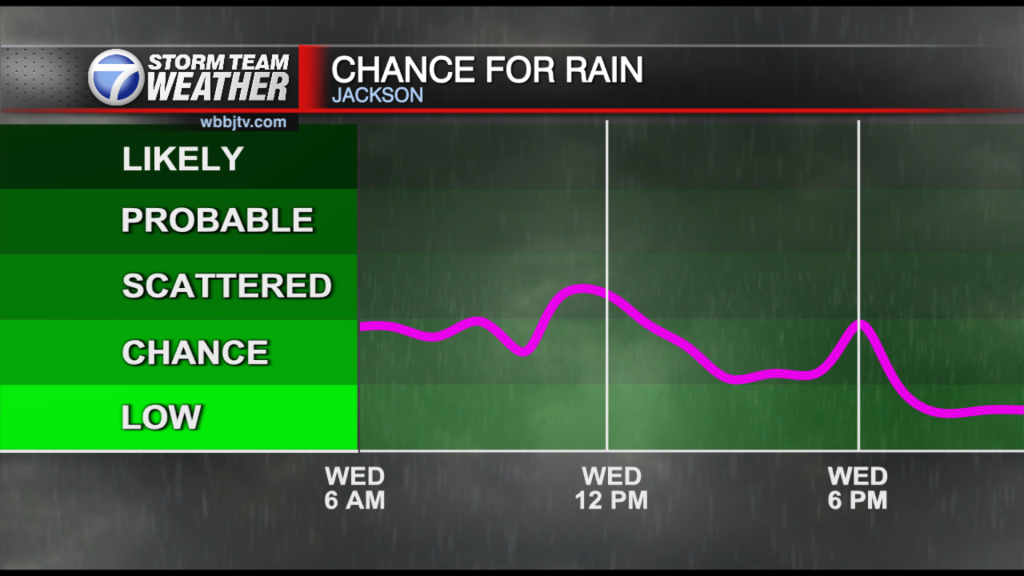 You can expected between 0.25-0.50″ of rain from Nicholas and the passing cold front with some locations that are impacted from a quick storm could see up to an inch. The winds will come out of the east most of the day and skies will be partly to mostly cloudy. Overnight lows will drop into the mid 60s by Thursday morning.

Mostly sunny to partly cloudy skies are expected as we finish the work week. Chances for rain are low but are a bit better on Friday afternoon then on Thursday, but someone could see a shower or two on Thursday as well. Highs will reach the mid 80s both days and overnight lows fall down to the mid to upper 60s. The winds will come out of the east on Thursday and back to the southeast on Friday. Neither day will be overly humid, so expect overall nice weather for Friday Night Football games across West Tennessee although a few of the games could be dodging a rain shower or quick passing weak storm.

The weekend looks warm, a bit humid and filled with plenty of sunshine. Saturday looks mostly dry but chances for rain are higher on Sunday but still not likely for most of us to get wet. Highs will reach the mid to upper 80s and lows will down to the upper 60s each morning. The winds are expected to stay out of the southeast and be light in general. Weather forecast models sometimes struggle after a tropical system moves out, so the weekend forecast could change as the time frame gets a little closer. So if you have outdoor plans this weekend, stay on top of the forecast as the week progresses.

Chances for severe weather or impacts from the tropics are not expected over the next 7 days here across our region. We will keep an eye on the situation but it appears a very quiet weather pattern has finally returned to West Tennessee.

Fall-Like Conditions Continue For the Weekend