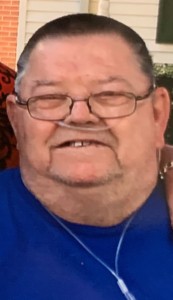 John was born October 19, 1945 in Memphis, Tennessee, the son of the late James William McCarter and Christine Marie Seward McCarter. He graduated from Collierville High School in 1963 and was employed as a truck driver for the Shelby County Road Department for many years before his retirement in 2006. He was married October 2, 1964 to Patricia Johnson McCarter who preceded him in death on May 7, 2021. John had been a resident of the Eads area for all of his life and was a member of Eads Baptist Church. He was an outdoorsman who enjoyed hunting and fishing.

Mr. McCarter is survived by his daughter, Julie Green of Eads, TN and his grandson, Tanner Riley of Eads, TN. In addition to his wife and parents, he was preceded in death by his brother, William McCarter.

Graveside Services for Mr. McCarter will be held at 12 noon Monday, September 27, 2021 at Eads Cemetery. The officiating minister will be Bro. Mike Hollaway, pastor of Bethlehem Baptist Church in Rossville, Tennessee.