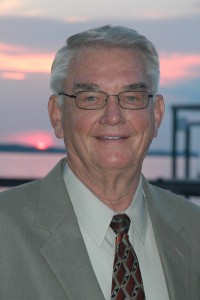 Mr. Dandridge was born June 16, 1938 in Thyatira, Mississippi to the late William Cathey Dandridge, Sr. and Velma Dickerson Dandridge. He received his education at the Thyatira High School where he graduated in 1956. He attended Northwest Mississippi Community College and went on to receive his Bachelor’s degree in Industrial Arts from Memphis State University in 1960. That year was a great year for Mr. Dandridge because he also married the love of his life, Margaret JoAnn Hawkins on August 28, 1960. They recently celebrated 61 years of marriage. He also served as the youngest Sergeant Major in the Mississippi Army National Guard.

Mr. Cathey was quite the businessman in Fayette County. As an exceptional hard-working man, he owned and operated Dandridge Equipment, Inc. in Somerville for 47 years. He took the smallest dealership in the state of Tennessee and transformed it into the largest in the state. Mr. Cathey took great pride in his job and was able to make a great career out of visiting with others. No one could tell a story quite like Mr. Cathey. If you ever had a chance to talk with him, then you would know how special of a man he truly was. In his earlier years, he enjoyed riding horses and showing animals at the annual fair, where he won many ribbons and awards, including grand champion. He was an active member of the Church of Christ. Mr. Cathey had a passion for farming and enjoyed operating his dozer during his leisure times. The state of Tennessee honored Mr. Cathey’s achievements, contributions, and the impact he bestowed on the community by declaring October 11th as Cathey Dandridge Day.

Mr. Cathey was loved by many. Some knew him as Mr. Cathey, some knew him as the man who owned the John Deere place, others knew him by how he introduced himself as the ugliest woman in Tennessee, but perhaps his favorite names were Dad and Pop. Pop was the name given to him by his two granddaughters, but he was Pop to many. He was very involved in the lives of his daughters and granddaughters, which meant that he spent a lot of time at Fayette Academy. Pop never missed a game, school function, or activity. Both daughters and granddaughters graduated from Fayette Academy, where Pop was a board member and supporter.

Pop was a strong man, who was surrounded by strong women. If you had the pleasure of knowing him, you knew how much he loved his family. Pop always had a Christ-centered, selfless, and patient kind of love. He always took care of his family and taught the importance of helping others. He enjoyed serving the local farm community of Fayette and surrounding counties. There is no doubt that Pop is leaving a powerful legacy that will continue to leave a mark on others even though he is gone.

Funeral Services for Mr. Cathey will be at 10 A.M. Thursday, September 30, 2021 at the Peebles West Chapel at Oakland. Speakers for the service include Taft Ayers, Parker Glass, Ray Smith and Jeff Myers. Interment with military honors will follow at 1:30 P.M. in the Thyatira Cemetery in Thyatira, MS located in Tate County. A visitation for Mr. Cathey will be from 4 to 8 P.M. Wednesday, September 29, 2021 at the Fayette Academy Viking Center.