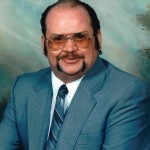 Jerry Glenn Nix, age 68, resident of Atoka, Tennessee and former resident of Somerville, Tennessee, went to be with the Lord on October 12, 2021. He was at home at the time of his death.

Jerry was born October 2, 1953 in Somerville, Tennessee, the son of the late Estell Nix and Kathryn Kee Nix. He received his education in the Fayette County School System. He loved the Lord and his family. He loved deeply and enjoyed the small things in life and was appreciative and thankful every day. Jerry collected guns and loved animals. He worked in construction for many years until his health kept him from working. He will be missed by many and his family and friends lives were touched by him.

Mr. Nix is survived by two sisters, Linda German and Mary Kee, both of Tipton County, TN; and his nieces and nephews who he loved as his own, Tony German, Dillon Nix, Ashton German, Brooklyn German and Penny Kee. In addition to his parents, he was preceded in death by two brothers, Charles David Nix and Kenneth Michael Nix.