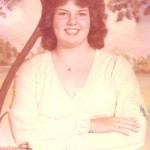 Karen Hope Ervin, age 56, passed away on Tuesday, October 12, 2021, at the Baptist Hospital East of Memphis, TN.  All services are under the direction of the Brownsville Funeral Home.

Mrs. Karen was born on March 4, 1965, to the late Woodrow Ervin and Theda Leathers Ervin.  She worked as a Dispatcher for the Jackson Police Department for over 23 years.  She was a member of the Bolivar First United Pentecostal Church, loved chickens, flowers, cooking and especially spending time with her family.

The Ervin family are honoring her wishes for cremation and further information will be announced as it becomes available by the Brownsville Funeral Home.