JACKSON, Tenn. — Veterans at technical and community colleges from across Tennessee were honored for Veterans Day.

The release from Jackson State Community College says the veterans were nominated by college presidents, and will receive the Chancellor’s Commendation.

The Chancellor’s Commendation is a specially designed Challenge Coin, and are a tradition seen across all branches of the military, according to the release. 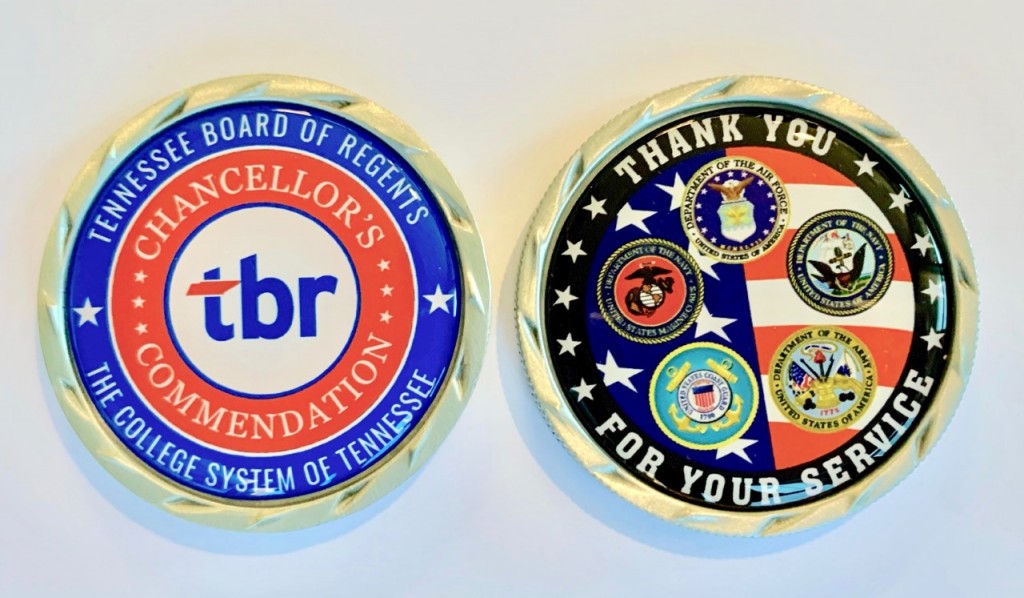 Jackson State says, “The Chancellor’s Commendation is conferred in the form of a specially designed Challenge Coin. Challenge coins are a tradition in all branches of the military, signifying special achievement, excellence, hard work, unit pride, respect and esprit de corps.”

“These 37 men and women represent the spirit and values of our colleges – student success, academic excellence, courage in adversity, and service to campus and community – and the highest ideals of military service,” said Tennessee Board of Regents Chancellor Flora W. Tydings.

Other veterans honored across the state’s community colleges includes:

Veterans who are interested in pursuing education can find more information here.

Financial assistance for veterans can also be found here.