SAVANNAH, Tenn. — Two Savannah residents are facing drug and firearm related charges, according to the Tennessee Bureau of Investigation. 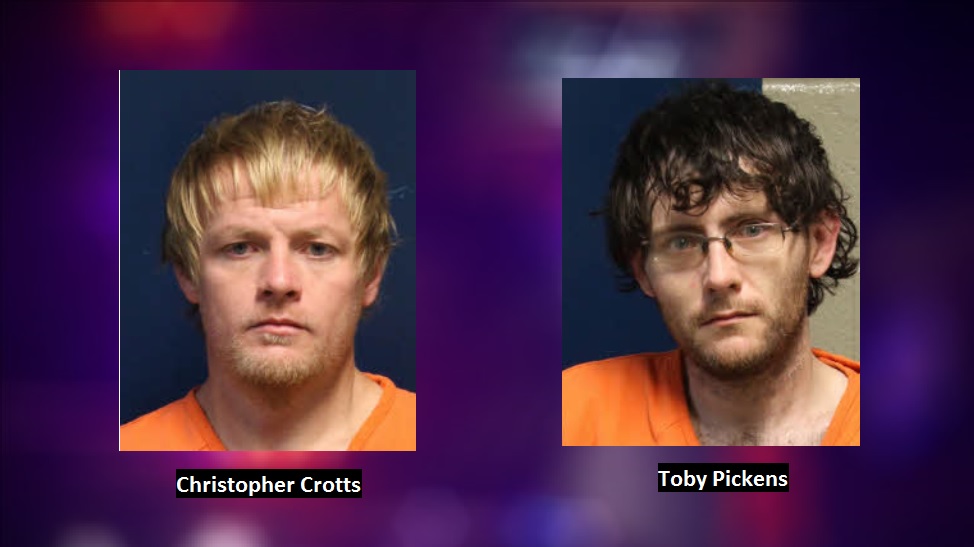 The TBI says a joint investigation was started in August into drug trafficking in Savannah and Hardin County.

By Nov. 15, the Hardin County Grand Jury indicted 35-year-old Christopher Crotts with sale and delivery of methamphetamine, the TBI says.

Three days later, the TBI says Crotts was pulled over by Savannah police, leading to additional charges of simple possession of methamphetamine and possession of a firearm in the commission of a dangerous felony.

The TBI says a passenger in the car, 29-year-old Toby Pickens, was also taken into custody and charged with possession of schedule II with intent to sale and possession of a firearm in the commission of a dangerous felony.

Both Crotts and Pickens were booked into the Hardin County Jail.