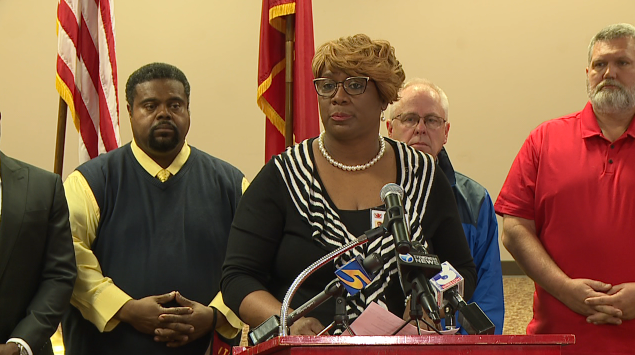 He says it was between the suspect Jadon Hardiman and victim Justin Kevon Pankey, who was shot and killed at the scene.

They say the other two victims that were shot were not involved.

Epperson says they had two security personnel at the game, but are going to increase security in the future.

The district has also talked about selling tickets digitally only for future events.

“It also gives us a roster of everybody who is in the building and at the game. We are also going to heighten the security. Because we know we do have to have some way of detecting if weapons are coming in,” Epperson said. 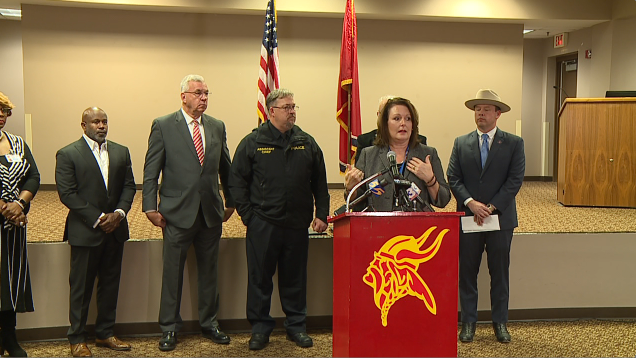 Epperson says on Wednesday, they set up QR codes on each school website for students to reach out if they needed to talk.

And after welcoming back students and staff on Thursday, school counselors were able to address their concerns.

“Enter any question that he or she might have been dealing with, or concerns that they may have been facing. Counselors were able to get that if there were any before the students returned today,” Epperson said.

Authorities say Hardiman turned himself in on Wednesday night to Humboldt police.

He is currently being held at the Gibson County Correctional Facility with a $1.5 million bond.

District Attorney Frederick Agee says they will be prosecuting Hardiman to the full extent of the law.

“It is our intent, and it will be my mission as the DA to make sure that Jadon Hardiman never walks as a free man again,” Agee said.