JACKSON, Tenn. — One airline has been receiving numerous complaints about their service. 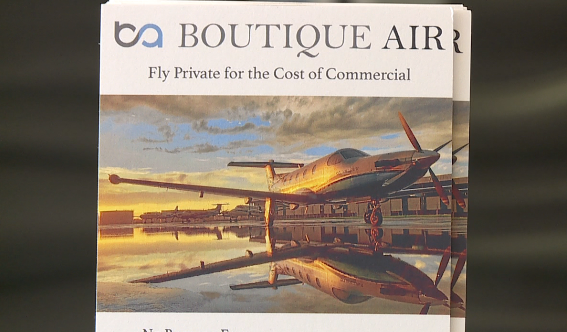 Now, less than six months later, an official form has been issued for the airline by the U.S. Department of Transportation.

The form comes as customers from across the country say they’ve experienced poor service from the airline.

“When I flew the door fell off the cargo door. Flew off right at take off, going 100 miles per hour. Whatever we were doing, and my bag got sucked right out the plane,” said Thomas Yon, a Michigan resident.

Yon says Boutique Airlines was the only airline service in his city. Yon had plans of going on vacation, but there were a few bumps along the road.

“I was supposed to fly out early in the morning. I was going to be at the airport at 6 a.m. in the morning, and at 10:00 the month before I got a text message. Said my flight was cancelled,” Yon said.

Little did he know, it would take him nearly three days to get to his destination once his flight was cancelled.

“I miss that flight. The next day it was cancelled again, and then the day that I arrive the flight was three hours late. I missed my connecting flight. Cost me another $400 because I lost out on a ticket, and I had to get another ticket to connect,” Yon said.

Missing the first three days of his vacation, Yon was able to make it to Florida. But due to multiple delays and cancellations, he says he won’t be flying Boutique Air again.

“They didn’t even answer any calls, but now that I see the government is getting involved, then I’m going to fill out that form and see what happens,” Yon said.