A Quiet Start to the Week After An Active Weekend

We had a quieter end to our weekend after storms ravished across parts of West Tennessee and the mid-south on Friday evening and Saturday morning. Skies were mostly clear with dry conditions today. Those mostly clear skies helped warm us up a few degrees after yesterday’s cold front. While we didn’t see a lot of change in the forecast temperatures, the lack of winds compared to yesterday made it feel quite warmer.

Tonight, mostly clear skies will continue, bringing us into the freezing temperatures once again. Upper 20’s to lower 30’s are expected overnight here in Jackson. Winds will remain light and coming from the SW. 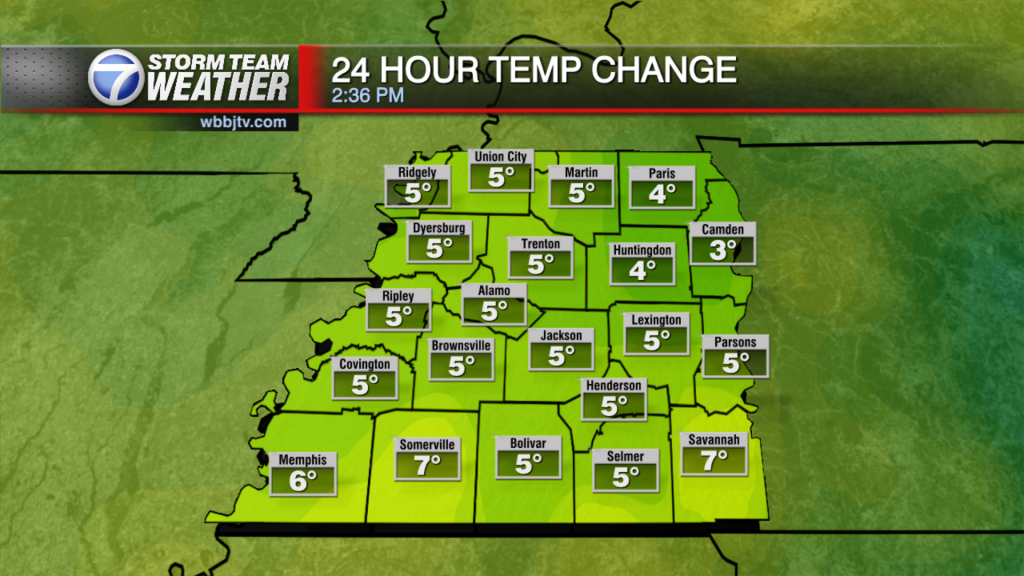 Mostly sunny skies continue with the high pressure just towards our east. With that, southerly winds will help us reach into the upper 50’s and lower 60’s for highs. A few clouds could move over the area during the afternoon, but shouldn’t stay long. Into the evening, mostly clear conditions continue with lows in the upper 30’s.

By Tuesday, a few clouds return, bringing mostly cloudy skies. By the afternoon, part of a warm front may clip West Tennessee, bringing a few scattered showers along with it into Tuesday evening. Lows should remain in the mid to upper 40’s after showers pass. 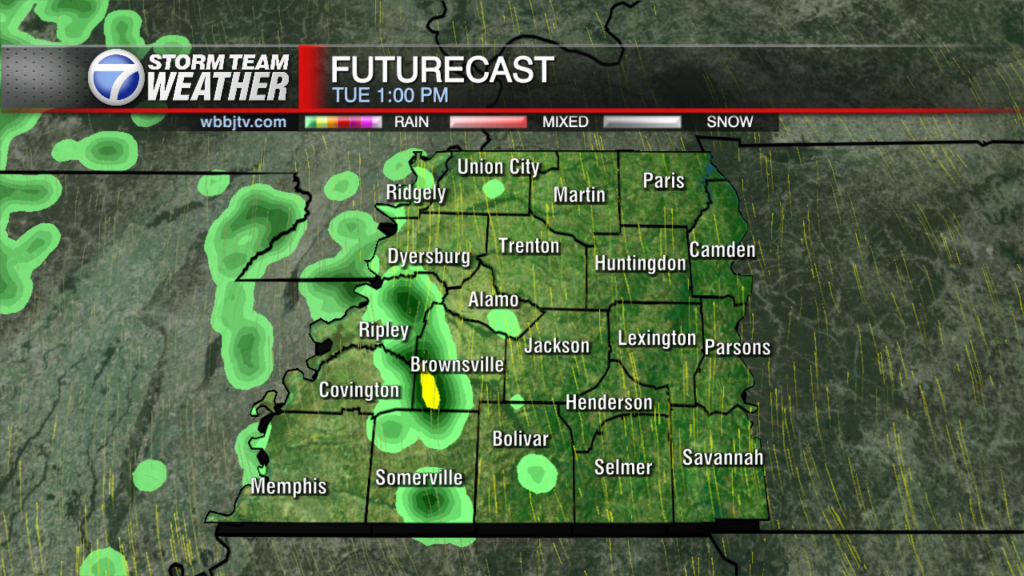 Mostly cloudy skies pick up on Wednesday with highs in the upper 60’s to lower 70’s. Winds may pick up into the teens over the day and evening hours. Lows should be in the upper 50’s to lower 60’s. Showers pick up Thursday ahead of a cold front. Highs could reach int the mid 60’s with storm chances over the course of the day. Winds will remain in the teens and drop off after the front passes into Friday morning. Friday, highs could still remain in the upper 60’s but continue to drop off past the front. The cold front should linger around I-40, passing on Saturday. Showers and storms continue into Friday night with lows in the mid 40’s. 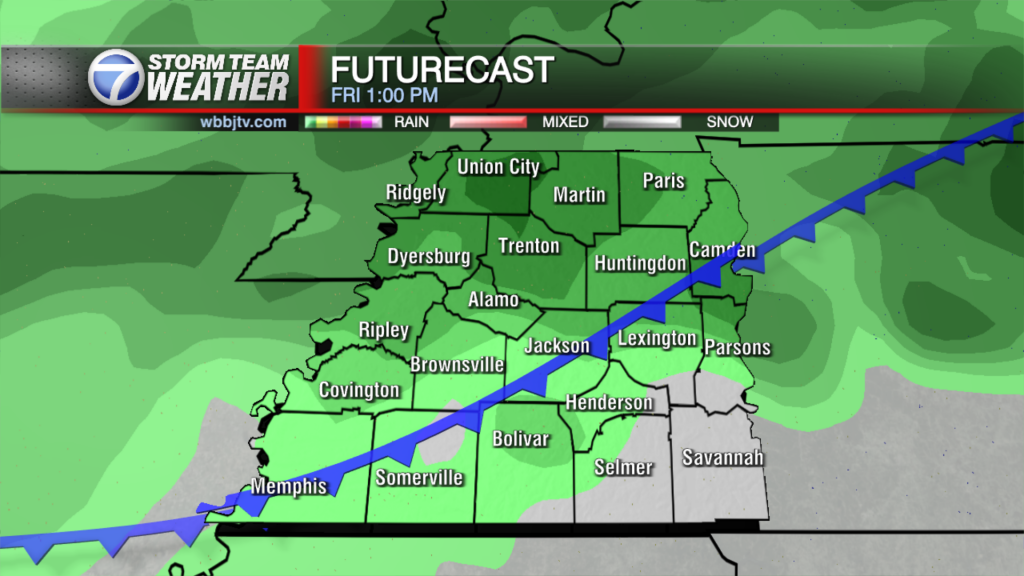 By Saturday morning, a few lingering showers could appear but soon taper off. Highs should remain in the mid to upper 40’s with winds nearing the teens.The cold front should finally pass Saturday morning, bringing cooler temperatures in the lower to mid 40’s on Sunday. Winds should remain 5-10 MPH with cloudy but dry conditions lasting into the evening. Lows should drop back into the mid 30’s but remain not freezing for the moment. 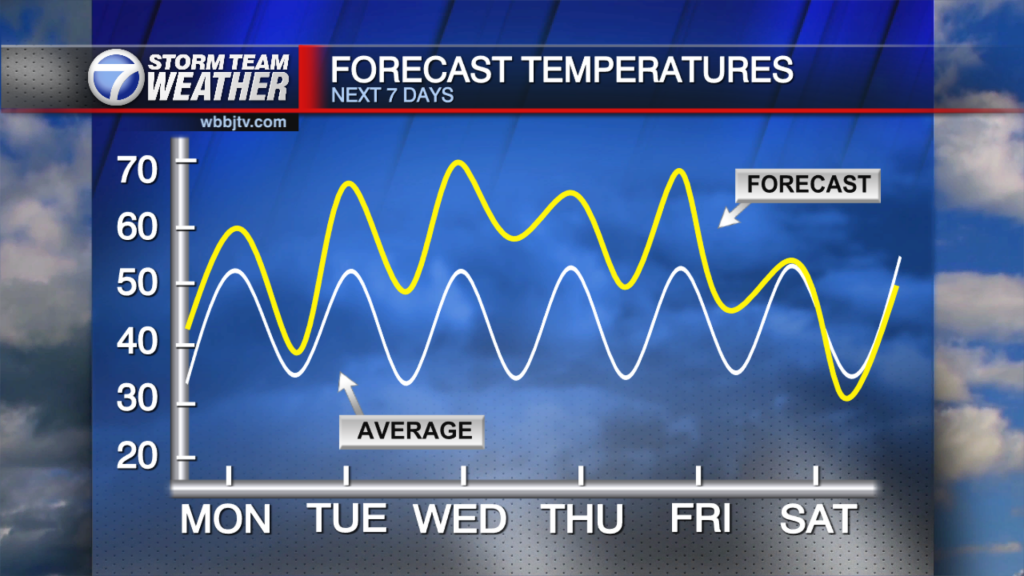