City to make plans for $7 million from American Rescue Plan 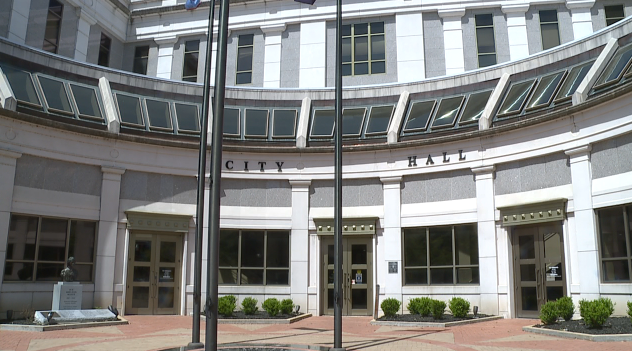 The City of Jackson plans to spend $750,000 to repair and update four different tennis facilities across the city, but have only committed $400,000 for additional sidewalks.

Even though the Carl Perkins Civic Center is clearly in need of updates and improvements, the plan is to only spend $80,000 to upgrade the HVAC while proposing to spend almost $86,000 on the much smaller performance venue, the Ned.

The Jackson Police Department would receive 150 body cameras with the total cost of roughly $215,000.

Mayor Scott Conger will have a replacement vehicle costing $45,000.

WBBJ 7 Eyewitness News has asked what type of vehicle he would be getting, but as of 10 p.m. on Monday, no one from City Hall has responded to our multiple requests.

The city would also spend $206,000 to update the telephone system, as well as $1.5 million to restart construction on an animal care center that was promised in 2016.

There would also be $306,000 to start replacing seats and creating shade over the seating at the TR White Sportsplex.

It does include improvement and several repairs to the Sportsplex, a new performance pavilion at Shirlene Mercer Park, and playground equipment for three local parks.

There would be over $1 million towards storm water pipe repairs.

In addition, the city is looking to do other business, including preparing to spend $760,000 for Project Cardinal.

The city would buy over 200 acres of land and then, hopefully, resell it to Georgia Pacific for them to build a facility here in Jackson.

The city believes it could make a profit from this project, but it does contain some risk, such as how much the land resells for and whether that will cover the city’s costs.

In addition, it does increase the amount of land the city will still own for use as additional industrial use.

The Financial Empowerment Center will provide free, one-on-one financial counseling and referrals for other services.

The next city council meeting will be Tuesday at 9 a.m. at Jackson City Hall.