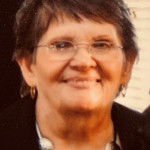 Rebecca Anne “Becky” Hadley, age 79, former resident of Moscow, Tennessee passed away peacefully on Tuesday afternoon, December 28, 2021, at Methodist Le Bonheur Germantown Hospital with family at her bedside.   She had battled lung cancer along with other health problems for over 5 ½ years with a quiet and unwavering strength and courage.

Becky was born July 23, 1942, in Tunica, Mississippi, the daughter of the late Bedford Forrest Love and Ena Kate Brown Love.  She was married to the late Leslie Hazie Hadley on February 10, 1979 and was a loving and devoted homemaker.  Leslie proudly and consistently referred to Becky as the love of his life as they both cared for each other with true unconditional love throughout their 41 years of marriage.   At the time of her husband’s death in June of 2020, they were living in Germantown, Tennessee with Becky’s sister, where she remained until her passing.  She was quiet, humble, and gracious and she will be deeply missed by those that loved her.

Visitation for Mrs. Hadley will be held on Thursday, January 6, 2022, from 1:00-3:00 PM with funeral services to follow at 3:00 PM at the Peebles West Funeral Chapel – Oakland with Brother Mike Holloway, pastor of Bethlehem Baptist Church in Rossville, Tennessee, officiating.  Interment will be Friday, January 7, 2022, at 10:00 AM at West Tennessee State Veterans Cemetery in Memphis, Tennessee where she will proudly be laid to rest with her husband.

Condolences may be left on our online guestbook at www.PeeblesFuneralHome.com