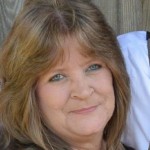 Robin was born August 2, 1967 in Memphis, Tennessee, the daughter of the late Robert Kirkwood Trotter and Ethel Lorene Gammel Trotter. She was a homemaker throughout her life and was a devoted wife, mother and grandmother. Robin had a hippie soul and enjoyed making crafts, mud riding and listening to old rock-n-roll music. She loved traveling and going to Louisiana was a favorite anniversary trip. Family time was very important to her.

In addition to her parents, she was preceded in death by her sister, Cyndi Appling and two brothers, Michael Trotter and Steve Trotter.