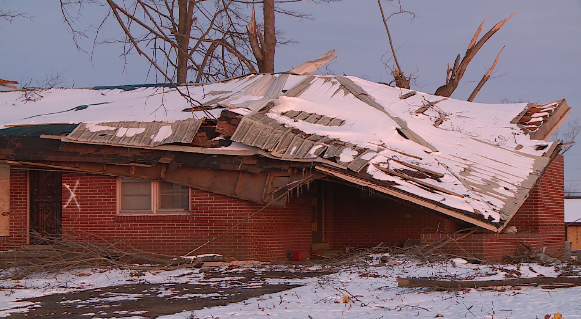 It has been almost a month since several areas were hit by a tornado.

Kenton is one of those areas that is still on the road to recovery.

One house was moved from its foundation and was left sideways.

Another home is missing a part of the ceiling and had to be covered by a blue tarp to protect it from the snow. In the back remains a part of its original structure with lounge chairs still under it.

Piles of home structures, tree bark, branches and many household items like storage bins and toys remain outside and are now covered in snow.

Several cars were dragged by the strong tornado winds and were left covered in mud. They were missing windows, windshields and headlights.

If you or someone you know has been affected by the tornado and is in need of help, here are some organizations that may help:

Health department updates deaths due to COVID-19 in county