MILLINGTON, Tenn. (AP) — More than 80 soldiers from the Tennessee National Guard’s 268th Military Police Company deployed this week on the first leg of an overseas mission. 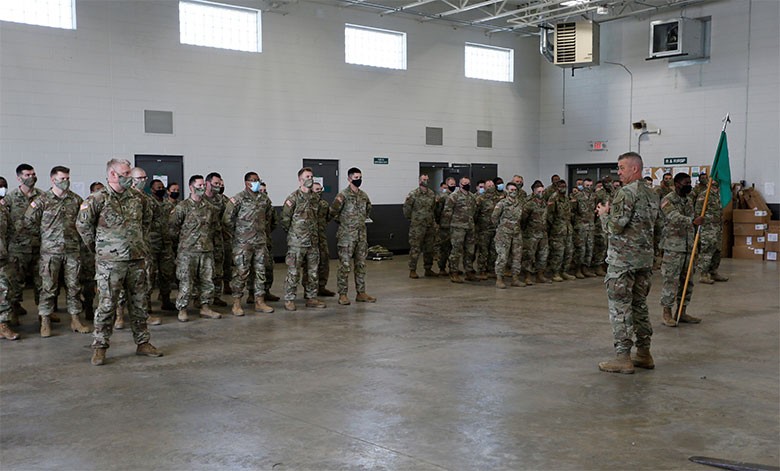 Tennessee’s Adjutant General, Maj. Gen. Jeff Holmes, talks with Soldiers from Millington’s 268th Military Police Company as they prepare for a yearlong deployment overseas. More than 80 Soldiers from the 268th departed for Fort Bliss, Texas, on Jan. 10, to complete final mobilization training before traveling to the Horn of Africa in support of U.S. Africa Command. (photo by Staff Sgt. Mathieu Perry)

The 268th is based in Millington and composed of soldiers trained in security operations, base defense, movement control, and law and order.

According to a news release from the guard, the company flew to Fort Bliss, Texas, on Monday for final predeployment training before traveling to the Horn of Africa.

During their yearlong overseas deployment, the guardsmen will perform several missions, including base defense and critical site security.