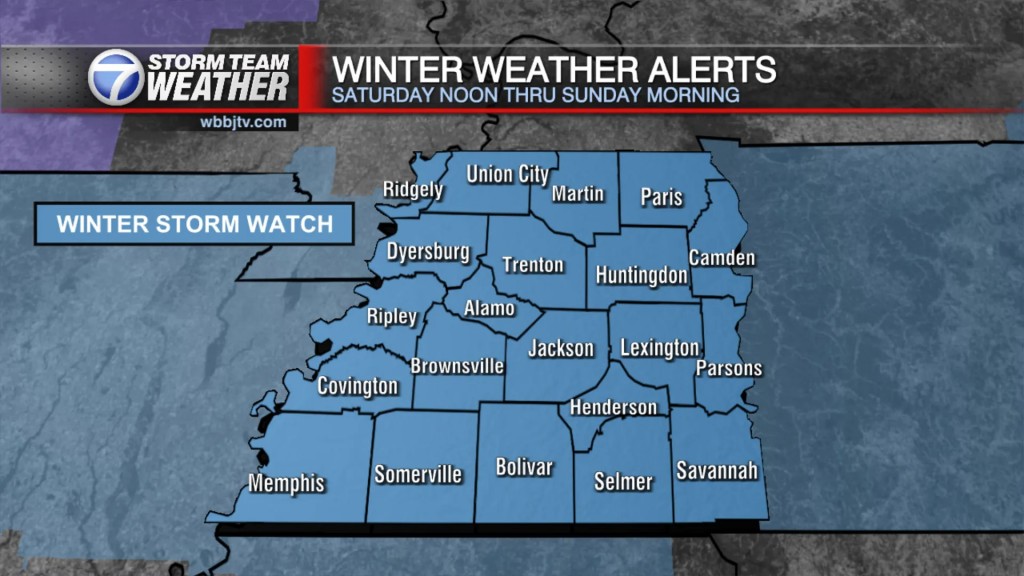 Heavy rain will transition over to snow quickly Saturday after the sun goes down across West Tennessee. Significant snow amounts are likely for some of us. The timing and location of the highest amounts forecast could change over the next 24 hours as the system gets closer. The very latest majority of data is trying to trend the system a little further south as of this evening with one of the exceptions being the Euro model which in the past has been accurate with some larger events, but doesn’t always pan out.  Confidence is still high that most if not all of West Tennessee with see accumulating snowfall by Sunday morning. We are getting the latest in and will have updates at 5 and 6.

Cloudy this evening with a slight chance of showers late, Lows will range from 38-40 degrees with east northeast winds of 5 to 10 mph. Chance of rain mainly past midnight around 20%.

Latest Consensus Of The Storm Team Based On Late Model Runs Along With Experience: 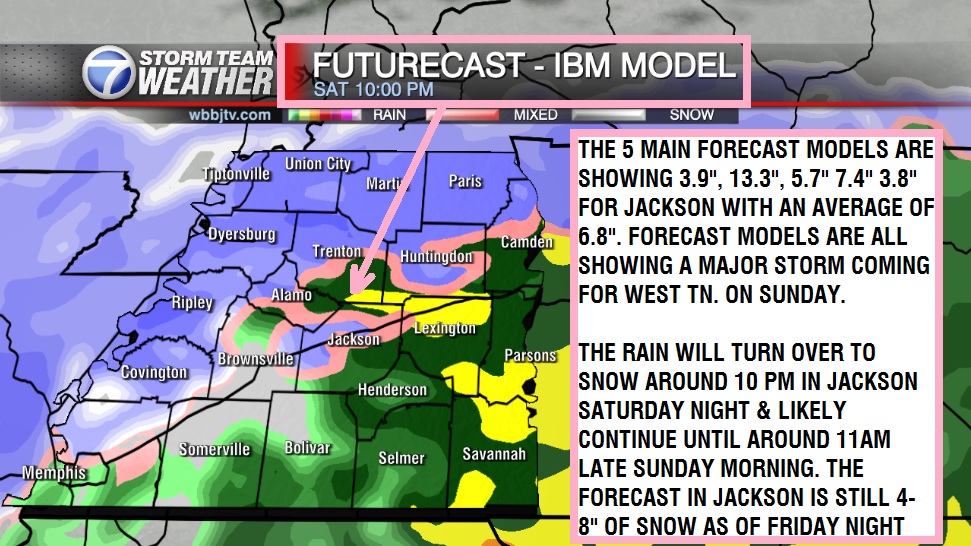 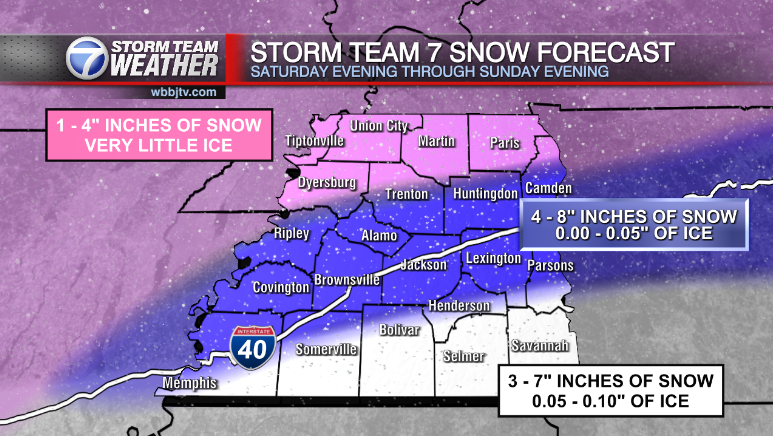 *This storm is of the rare type and there is still some uncertainty on the exact track and path. Area residents should remain prepared and follow the latest closely as the storm system has the potential to produce heavy snow and accumulations. Higher end models have indicated as much as 10 plus inches along the I-40 corridor while some models indicated only 1 to 2 inches. The system is still developing and the fast movement expected as well as the fact it will likely tap plenty of Gulf moisture to work with makes this storm very complex in nature.

Rain showers in the morning and afternoon will turn to a wintry mix and  then snow showers will return by Saturday evening/night across West Tennessee. All snow is expected Saturday night into the day on Sunday. Chances for significant snow accumulations or a big winter storm is expected, but it is also possible the system bring minimal impacts to West Tennessee depending on where the low sets up, how fast the rain turns to snow, and when the system moves out.

There are a couple of scenarios that could pop up depending on where the low pressure sets up. If it sets up further north, the heaviest snow will be north of Jackson.

If the low sets up further south, the heaviest snow will be south of Jackson.

Depending on which scenario occurs across the area, could be the difference between you seeing and inch of snow, or even as much as 10 inches. We will be keeping an eye on the forecast as the potential winter system gets closer as the week progresses.  Stay with WBBJ throughout the week as we fine tune the forecast and build more confidence in what we can expect here in West Tennessee. Forecast models are still working on the timing and strength of the system.

Highs this weekend will only make it into the low to low to mid 40s Saturday and Saturday night lows are expected to fall back into the upper 20s again. The system should move out late Sunday with decreasing clouds by Monday morning, but it will get a bit cold Sunday night as well with lows falling back down to the low 20’s. The winds will be a bit breezy on Saturday and weaken Sunday night, but we should have a northwest direction to the winds all weekend long.

In light of the possible winter storm, have a preparedness plan. Here are some things you can do now to make sure you are ready. 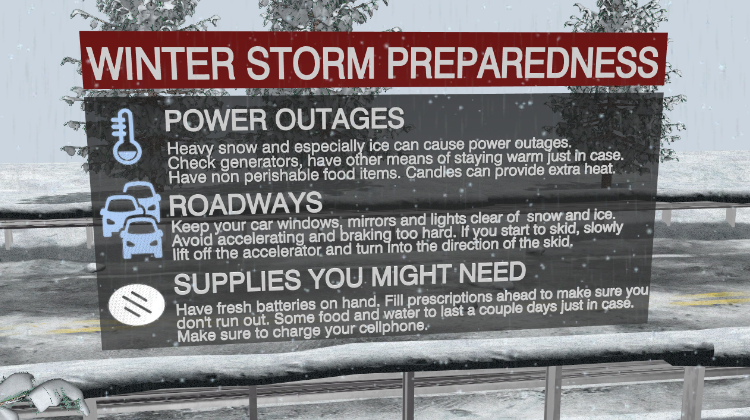 Winter has officially started here in West Tennessee and we currently could see another round of winter precipitation this weekend.  There could be more chances for severe weather though too as we get going into 2022 as well. So you need to stay weather aware to changing weather patterns and monitor the forecasts closely. We got you covered in the WBBJ 7 Storm Team Weather Center as always.