CARROLL COUNTY, Tenn. — Sunday morning, a family grieves the loss of a loved one due to a deadly fire. 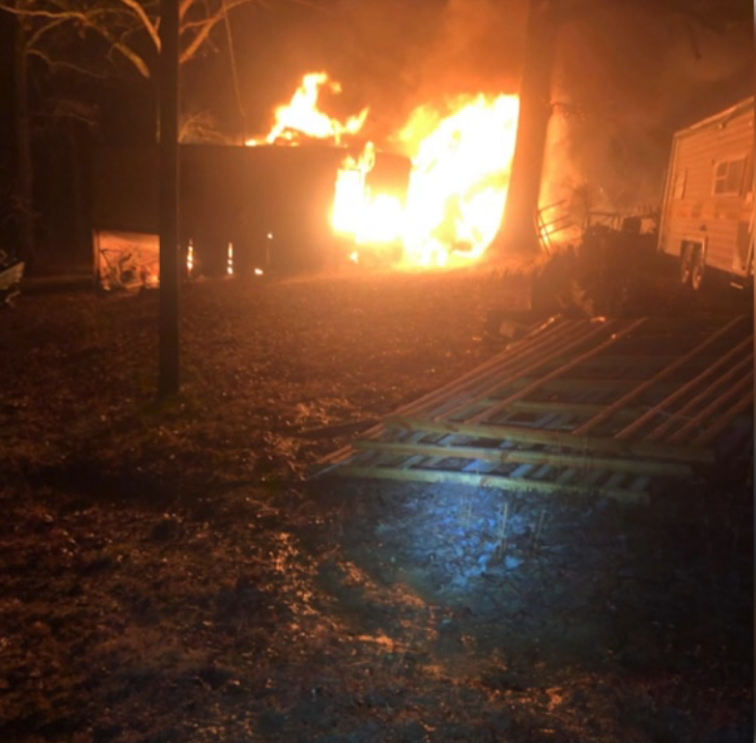 Around 3 a.m., residents woke up to a huge fire.

The home of an engaged couple was engulfed in flames leaving one woman dead and her fiance in critical condition.

Neighbors of Woodhill Road say they rushed out their homes to help the family inside.

“My middle son ran through the house, hollering ‘mom, the neighbors house is on fire!’ so I woke up, ran outside to go across the street to make sure that they knew the house was on fire and that nobody was inside the home,” said neighbor Catherine Hays.

Hays said she was not thinking about anything except how she could help.

“I was probably pumped full of adrenaline and didn’t really have time to think about that. I didn’t know she was inside the home because he had told us he tried to get to her and he couldn’t,” Hays said.

She also said that her neighbors were good people and that the experience was traumatizing because it could have been her family.

“They’ll play outside with their grand-babies a lot. It hits home. I mean, it could  be my house with my kids, so that’s what hits the most,” Hays said.

The landlord says he woke up to one of his tenants badly burned on his front porch pleading for help.

“It was around 3 o’clock and he came banging on my door and said that the trailer was on fire and that they had got out but, her dog was in there and she went back in for the dog,” said landlord, Robert Arnold.

Arnold said he let him inside to do what he could, to provide help.

He said the tenant struggled to get in because of the degree of his injuries.

“He was bleeding on his hands and on his feet. His back was burnt and his face looked like it might have been burnt and it was all blacked up from smoke and everything,” said Arnold.

Arnold said he wished he was able to do more and that he never expected a Sunday of grief.

“It’s just a tragedy and I don’t know how else to say it. I don’t really know what happened,” Arnold said.

The fiance was rushed to the regional medical hospital in Memphis in critical condition and his status is currently unknown.