HARDIN CO., Tenn. —Well what a snow storm. Several counties across West Tennessee saw a little snow, but some saw more than 3 inches.

This weekend many West Tennesseans were expecting heavy snowfall, but only a few counties received more than 2 inches.

“This morning we had the south part of the county, we had approximately 5 inches of snow near Highway 57 between the McNairy county line south of U.S. Southside and Counce,” said Melvin Martin, EMA Director and Fire Chief, Hardin Co.

“We had some vehicles off in the ditch, several of those. The biggest damage we had was trees down and power-lines, trees, power outages,” Martin said.

“But overall nothing real major, cars in the ditch and stuff. No major injuries or anything. So overall the roads are clear now and it’s looking much better,” Martin said.

“Back roads are still slushy of course, and with some snow on them. Of course, later tonight we’re going to have the water will freeze roads, so there will be some spots of black ice. So people will need to be very careful about that,” Martin said. 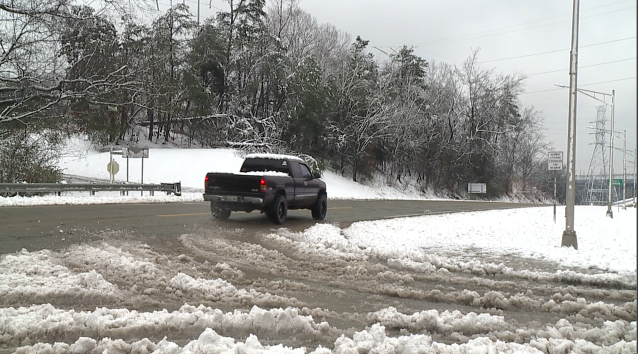 And if you have to leave home today, make sure you’re hitting the roads safely and with caution.

While most roads are unaffected, overnight temperatures could possibly create slick spots on the road.