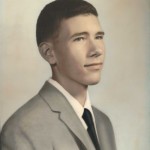 Wilmer was born September 30, 1940 in Somerville, Tennessee, the son of the late Andy Redford Thompson and Mary Elizabeth Morrow Thompson. He graduated from Fayette County High School and worked for M&H Farms – Cargill for 28½ years. He then began his career with Fayette County Public Works and worked there until his retirement.

Wilmer was an active member of Oakland First Baptist Church where he was voted by the church to serve as a deacon for 57 years. He served the Lord faithfully and was loved by many. He loved the Lord and his family. He also loved his cattle, pigs and goats, hunting, fishing and growing his garden. Wilmer was known to everyone as the “tomato man”.

In addition to his parents, he was preceded in death by eight brothers and sisters.