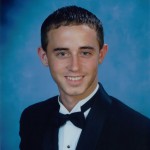 Benjamin Kyle “Ben” Clifton, age 36, resident of Millington, Tennessee, departed this life Sunday morning, January 16, 2022 as a passenger of a single car accident near his home.

Ben was born February 18, 1985 in Memphis, Tennessee, the son of Jerry and Debra Bishop Clifton. He grew up in the Bartlett, Tennessee area and attended Ellendale Elementary and Shadowlawn Middle schools. He graduated in 2003 from Bolton High School in Arlington, Tennessee and completed his three-year ASE certification in the automotive service technology program. Ben was of the Methodist faith and was baptized on April 28, 1985 at St. Stephens United Methodist Church in Memphis. He was employed at Memphis Light Gas & Water for fourteen years, most recently a crew leader.

Ben was an avid stock car racer for twelve years and a go cart racer prior to that and loved working on cars in his shop. He enjoyed fishing, ATV and UTV riding, cooking, gardening, playing basketball, baseball and running long distance track. Ben was an animal lover who had three precious puppies, Molly, Justy and Sophie. He spent many days at his Tennessee River home in Morris Chapel, Tennessee and hanging out with his family and friends.

Ben is survived by his maternal grandmother, Bessie White of Memphis, TN; his parents, Jerry and Debra Clifton of Moscow, TN; his sister, Ashleigh McClure (Doug) of Somerville, TN; and his girlfriend of three years, Haley Fruhn of Millington, TN.

He was preceded in death by his maternal grandfather, Donald White of Memphis, TN; his paternal grandparents, the original founders of Jerry’s Snow Cones, L.B. and Cordia Clifton of Memphis, TN; and his nephew, Hayden Kyle English of Somerville, TN.

The family requests that memorials be directed to City Church of Texarkana, 4303 Texas Boulevard, Suite 4, Texarkana, TX 75508.
Condolences may be left on our online guestbook at www.PeeblesFuneralHome.com.