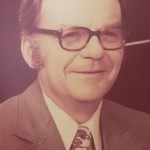 Thomas was born March 20, 1937 in Somerville, Tennessee, the son of the late John Thomas Fawcett and Opal Davis Fawcett. He graduated from Bolivar Central High School in 1956 and attended Union University in Jackson for two years. He was the owner of Fawcett Lumber Company in Hickory Valley for many years and was of the Baptist faith. Thomas was a man of many talents and enjoyed riding around with his beloved pet dog, Lucy, bird dog field trials, hunting, fishing, barbecuing, wood carving and woodworking.

In addition to his parents, he was preceded in death by his sister, Charlotte Matlock.

Graveside Services for Mr. Fawcett will be held at 10 A.M. Thursday, January 27, 2022 at Red Banks Baptist Cemetery in Red Banks, Mississippi. The officiating minister will be Bro. Ricky Watkins, pastor of Middleburg Baptist Church and personal remarks will be given by Mr. Fawcett’s daughter, Anne Fawcett Moser.