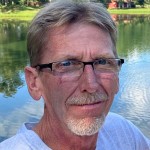 Memorial Services for Mr. Franks will be held at 2 P.M. Sunday, February 13, 2022 at the Peebles West Funeral Chapel at Oakland.

The family requests that memorials be directed to the Ames Plantation, P.O. Box 389, Grand Junction, TN 38039.