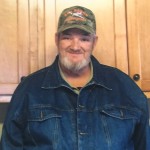 Joseph Eric Jordan, age 62, passed away on Saturday, February 5, 2022, at the Milan General Hospital.  All services are under the direction of the Bells Funeral Home.

Mr. Jordan was born in Bells, TN on March 29, 1959, to the late William Jordan and Lucy Lee Ola Johnson White.  He worked in construction as a bulldozer operator for many years.  He loved fishing and hunting.  He was always helping someone, and he will be greatly missed by all that knew him.  He was also preceded in death by three brothers:  Jerry Maddox, Burford Maddox and William David Jordan.

He is survived by one sister:  Wanda Sweat of Milan, TN; He leaves a legacy of nine nieces and nephews.

The Jordan family are honoring his wishes for cremation and further information will be announced as it becomes available by the Bells Funeral Home.