JACKSON, Tenn. — The City of Jackson has chosen its first Hub City Hero for 2022.

The city announced on Tuesday that Dallas Weddle has been chosen as the Hub City Hero for January. 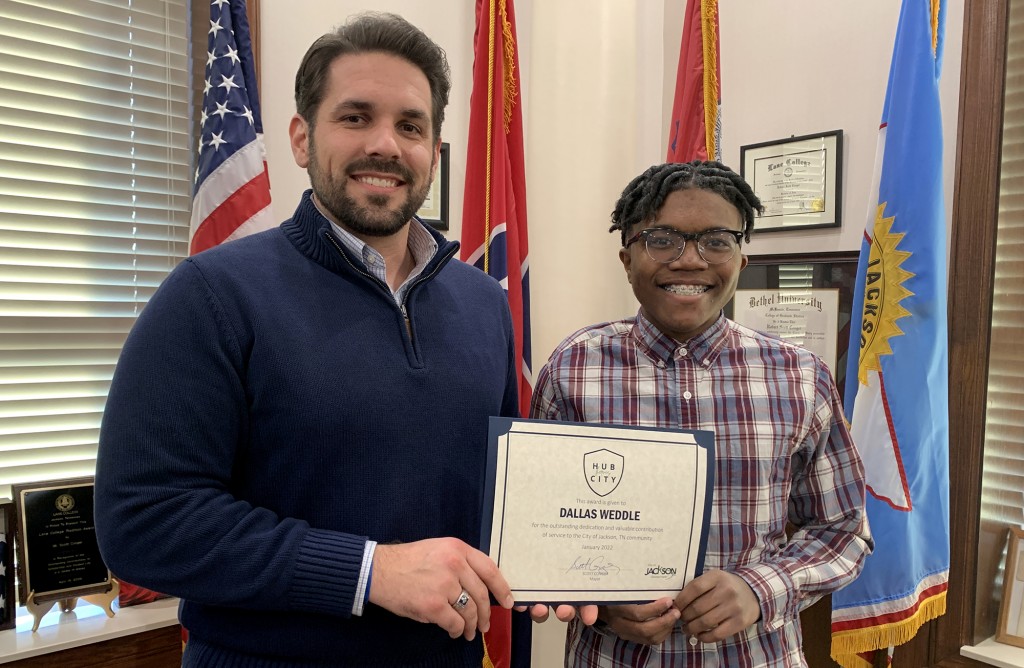 Weddle, 15, is a freshman at South Side High School, and is a former patient of St. Jude Children’s Research Hospital.

The news release says he has made it his mission to give back by hosting fundraisers.

“It feels amazing and exciting and an honor to receive this award,” said Weddle. “[St. Jude] helped me in so many ways as they continue to search for a cure to cancer.”

“Dallas is one of the most positive people I know and an inspiration to all,” said Mayor Scott Conger. “It just goes to show that no matter what your age is, you can make an impact and be a hero.”

After a year of winners have been selected by the city, one person will be awarded $1,000 to donate to a non-profit of their choice.