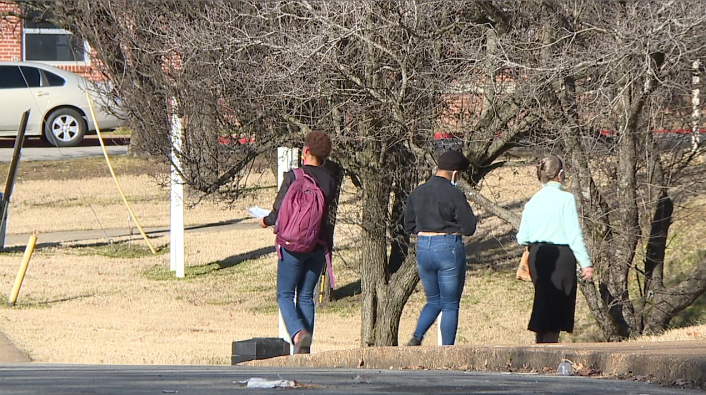 Several HBCU presidents that received the threats say they are reevaluating their emergency plans to ensure student safety.

“Cameras, security, checkpoints, and also making sure that we educate all of our constituents, staff and students to be more vigilant,” said Dr. Felecia Nave, President of Alcorn State University.

Dr. Michelle Asha Cooper, with the U.S. Department of Education, says they have partnered with the FBI and Homeland Security to not only find the individuals that made the threats, but also provide more resources to HBCUs for protection.

“They are certainly looking at things like policing and security. They are looking at ways to provide institutions with training and some additional resources,” Cooper said.

Junior Tarhanysa Thomas at Lane College says they have certain protocols in case of a bomb threat. But it wouldn’t make it any less scary.

“Mass messages that go out to everyone that pertains to faculty and staff, they are protocols that we have to go through if we do receive a bomb threat. But I would be very scared. I would be,” Thomas said.

Security Chief Steaven Joy, with Lane College, says while they were not among colleges that received a threat, they still felt the effects.

“It is a threat to society and is also a threat to HBCUs, but it is like the old saying, ‘We shall overcome.’ When we go through things like this, the best thing to do is prepare for them,” Joy said.

And Joy says they have precautions in place if a threat is made to the college.

“E2 campus alert in the event of a bomb threat. We also have evacuation plans. We look and dissect the actual threat. At that point we will make contact with JPD and we will go from there to see if we have to evacuate or whatever their plan might be,” Joy said.

The bomb threats are still currently under investigation by the FBI.