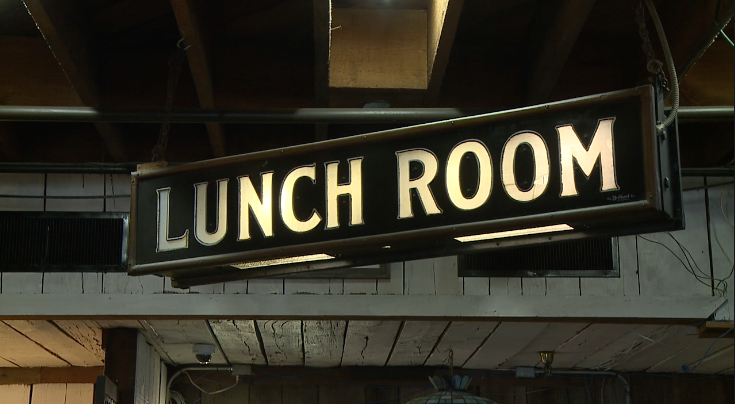 The Old Country Store partnered with the Jackson-Madison County Bicentennial Commission to host a Black History Lunch and Learn event.

Shaw says her late husband wanted to commemorate the progress made in the United States and in Jackson by removing the historic stools that symbolized the sacrifice made to pave the way for non-segregated restaurants in the Hub City.

She says her restaurant is a place of harmony, where people of all different backgrounds come to eat and celebrate.

“We have millionaires that eat here and people on food stamps that eat here. At a table you can sit down together and get to know one another. There’s no better place than at a table,” Shaw said.

Lane College President Logan Hampton says that event serves as a reminder of the struggles and the progress made in the country.

Hampton says this event is supposed to foster conversation and growth towards the history of systematic racism and the progress made to overcome it.

“This display reminds us of four young African American students who had no positional power, had no authority, had no money, but having this burning desire to right a historic wrong, to right a wrong in their community,” Hampton said.

Hampton says he was inspired to learn about young Black students that were brave enough to fight for what they believe in.

“So learning from the past and being inspired by that history, we can be something greater and live out that American dream,” Hampton said.

You can keep up-to-date on the Old Country Store on Facebook.