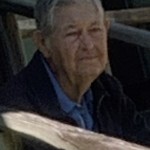 Leroy Shubert, age 78, resident of Somerville, Tennessee and husband of Marty Shubert, departed this life Wednesday afternoon, February 16, 2022 at his home with his family around him.

Leroy was born May 10, 1943 in Somerville, the son of the late Lee Russell Shubert and Esther Gentry Shubert. He served his country in the Tennessee National Guard and was employed as a highway maintenance road sprayer at Chickasaw Electric for many years. Leroy attended Landmark Baptist Church, had a love for cooking and enjoyed cooking for his family. He enjoyed cutting the grass and had a garden every year.

In addition to his parents, he was preceded in death by his daughter, Beverly Ann Shubert Martin; his son, Gordan Leroy Shubert; and several brothers and sisters.