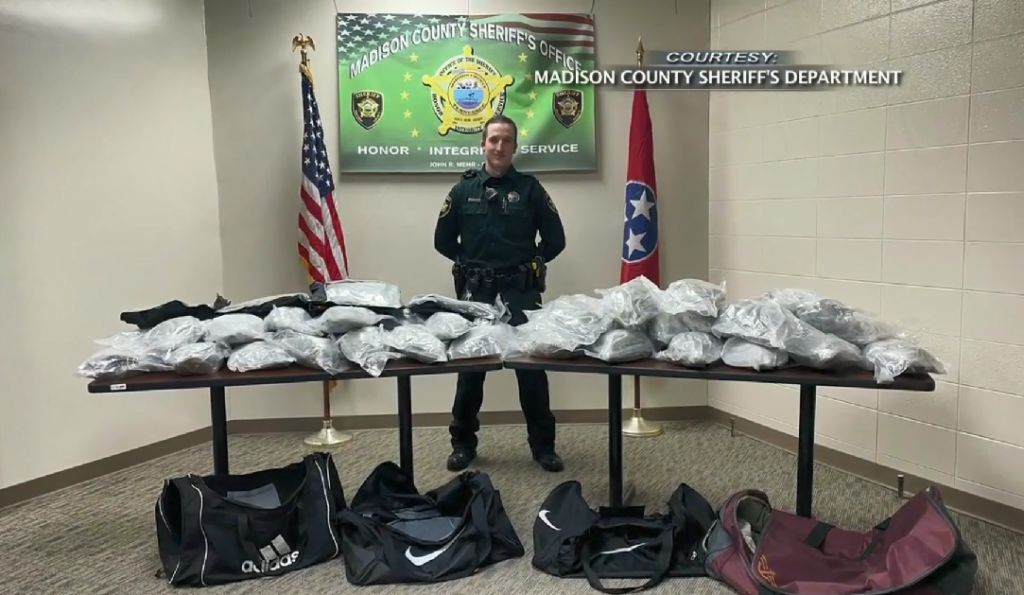 “This is a case that started early this morning, like 3 o’clock in the morning,” said Madison County Sheriff John Mehr. “A deputy had been out on a call, ended up heading down the interstate and got about Mile Marker 93, observed a car, gave a short pursuit, car pulled over.”

That’s when a Madison County Sheriff’s Deputy noticed something.

“He noticed there was some marijuana residue on the console in the car,” Sheriff Mehr said. “Discovered during the search approximately 67 pounds of high grade marijuana.”

31-year-old Kenneth Jackson and 30-year-old Corey Gates were arrested and booked into the Madison County Jail. 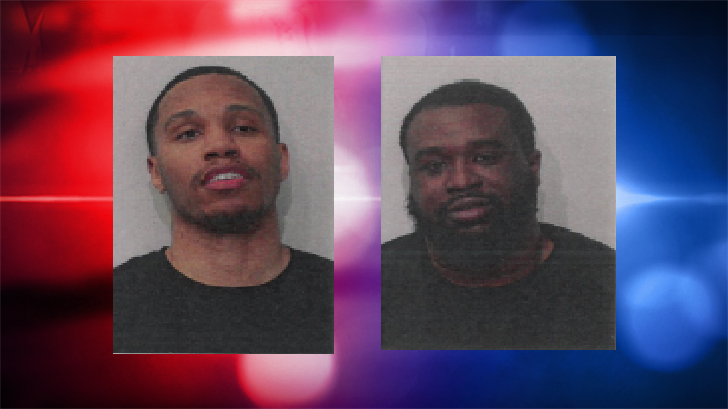 Sheriff Mehr says the two are not from Madison County.

“They had been out of state and then they supposedly got a Tennessee address, but not in Madison County.”

“Sometimes they just fall in your hands and we were very fortunate to get those drugs off the street.”

Sheriff Mehr says Gates and Jackson will be charged with possession of marijuana and possession of a firearm, and are awaiting their court date.