JACKSON, Tenn. — One drug is taking the lives of thousands.

Fentanyl, a drug 80 times stronger than heroin and 100 times more potent than morphine, has become the root of many overdose deaths across the nation and in West Tennessee.

“Fentanyl and methamphetamine both have become cheaply made and manufactured in China and Mexico, and being imported into the United States, mostly through online types of pharmacies that are operating illegally,” said Reginald Dilliard, President-Elect of the National Association of Boards of Pharmacy.

Fentanyl has been around for years, often used medically. Now we’re seeing an increase in counterfeit pills from fake online pharmacies.

“A huge issue for the overdose situation is the fact that one pill can kill. I think that is a slogan being used in a lot of places, and it’s certainly true because a very small amount of fentanyl can certainly kill an individual, especially if they’ve never had it,” Dilliard said.

In just the first 48 days of 2022, the West Tennessee Drug Task Force has seized 20 pounds of fentanyl alone. 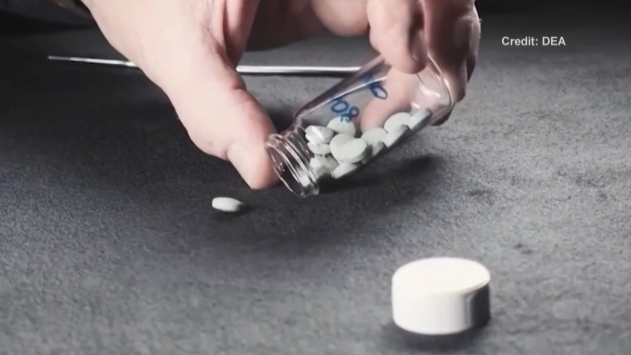 “It’s just like baking a cake. You put your ingredients in the cake. If you don’t stir your ingredients up well, you may have a lump of flower over here and a lump of sugar over here. That does not distribute evenly throughout the mix and you see the same thing when they’re pressing these fentanyl pills. You may have a lump of fentanyl in this pill and none in this pill because once they mix it up, they have no idea of knowing where the fentanyl distributes,” said Johnie Carter, Director of the West Tennessee Drug Task Force.

Unfortunately, it’s nearly impossible to spot a counterfeit pill from the real thing. The only safe way to get your pills is from a licensed pharmacist.

“There are so many illegal operations going on out there that are risky and the wrong way to get your medications. To be perfectly honest, the only way to make sure you’re going to get your medication that you’re asking for, that you’ve been prescribed, is to go through your doctor and your pharmacy and have them dispense that way,” Dilliard said.