OTTAWA, Ontario (AP) — Police aggressively pushed back protesters, took control of trucks and cleared the street in front of Parliament.

Scores of the trucks left under the pressure, raising authorities’ hopes for an end to the three-week protest against the country’s COVID-19 restrictions. 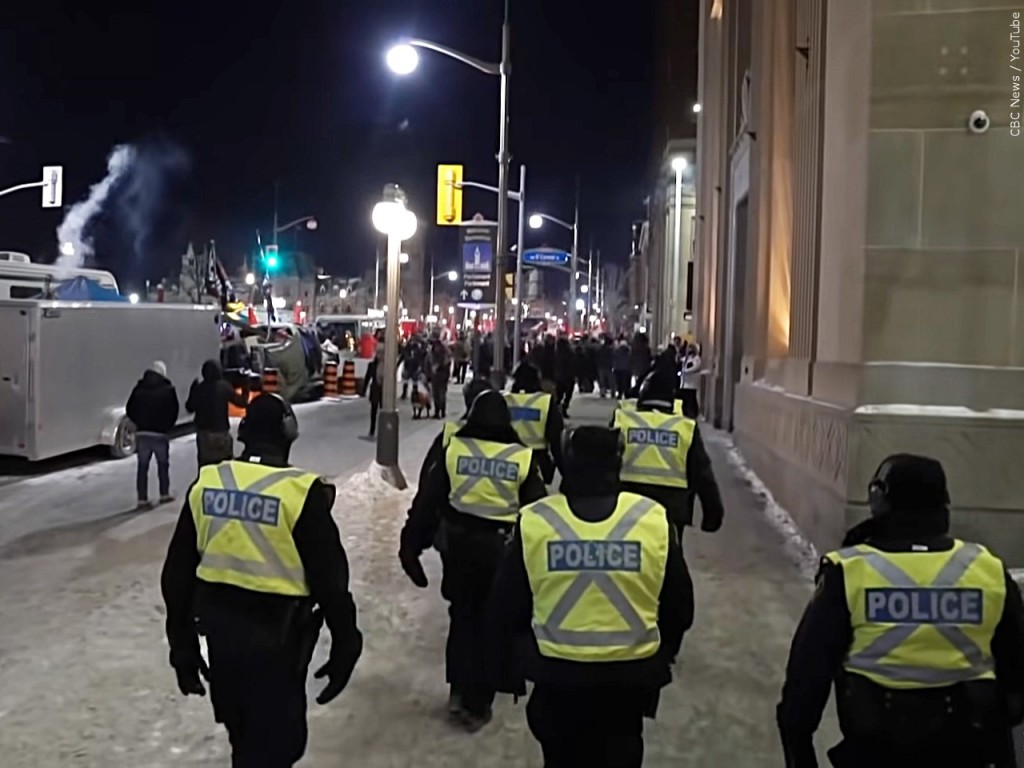 Police in tactical gear quickly gained ground Saturday against demonstrators who are facing of one of the biggest police enforcement actions in Canada’s history, with officers drawn from around the country.

By Friday evening, at least 100 people had been arrested, mostly on mischief charges, and nearly two dozen vehicles had been towed, including all of those blocking one of the city’s major streets.

For more news happening around the world, download the WBBJ 7 Eyewitness News app.