A mild beginning to our day with mostly dry conditions and lows in the 50’s. Over the next few hours, scattered showers will return with highs reaching into the lower 60’s. Rain chances increase over the course of the day, along with wind speeds in the teens. Into the evening hours, strong storms return and last overnight. Most of the region is under a marginal risk of severe weather however, some including the Dyersburg and Martin area are under a slight risk. Those in this area could see stronger and more organized storms. 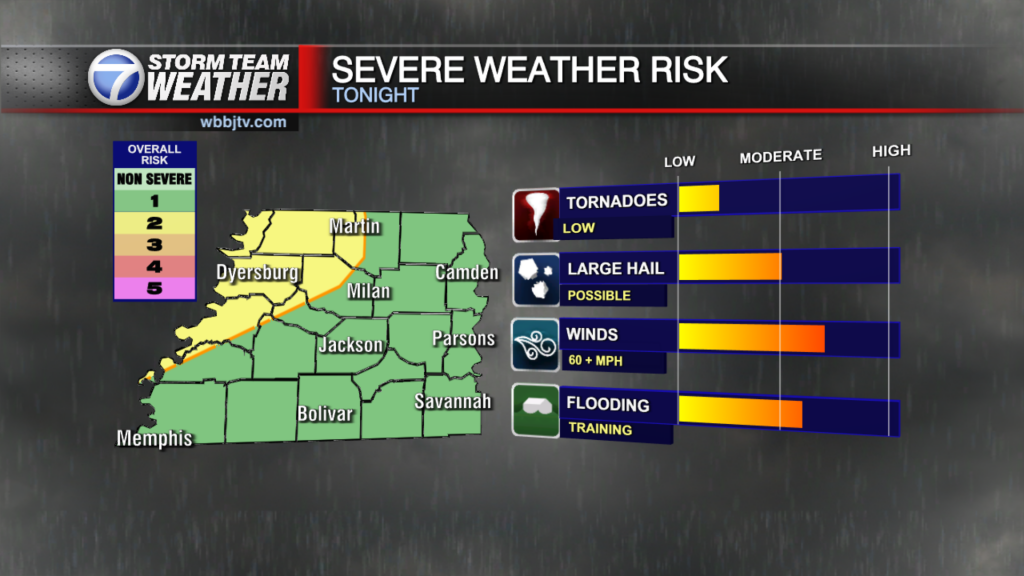 Strong storms should pick up around 7-8PM and last well into Tuesday morning. Main threats include strong winds, heavy rainfall, and some hail if a storm is strong enough. The risk of a tornado cannot be completely ruled out but it is lower than the other threats. With heavy rainfall being a large risk, a flood watch has been issued for West Tennessee until Wednesday morning. The potential for flooding is becoming a concern over the next four days. Overnight lows should remain in the mid to upper 50’s with storms continuing. 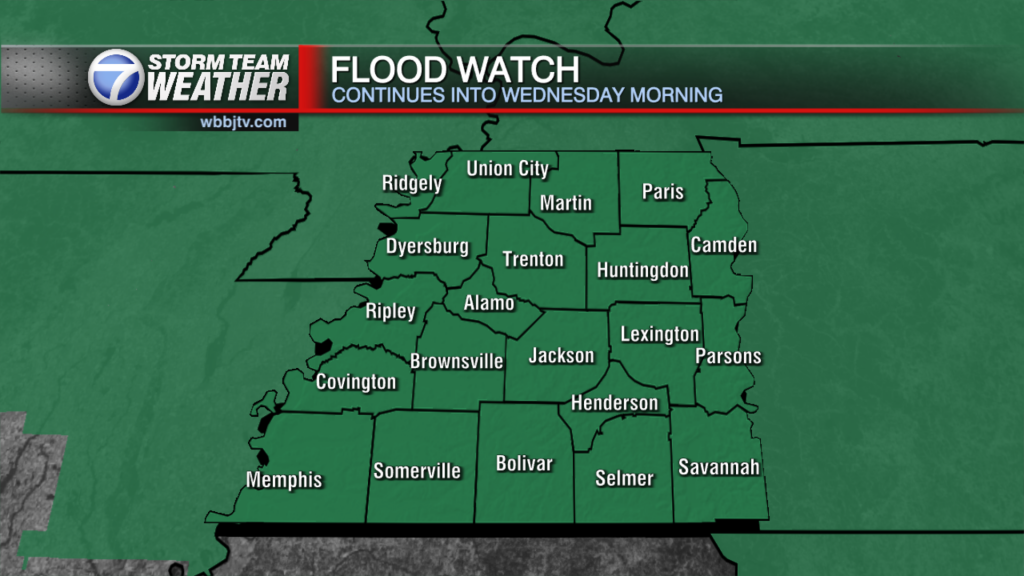 Storms pick back up early tomorrow morning with a slight threat of severe weather across West Tennessee. Heavy rainfall remains the largest threat with gusty winds remaining. Highs should pick back up into the mid 60’s early in the morning but the cold front should begin passing in the afternoon. Heavy rainfall will continue along the front, leading to flooding concerns. Lows overnight will drop to the 30’s with rain tapering off early Wednesday morning. 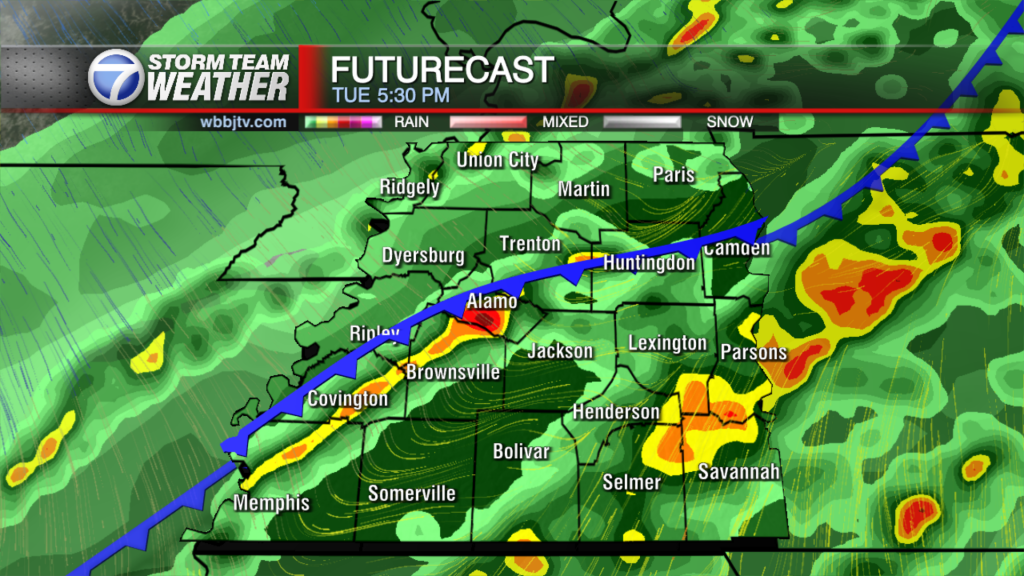 Wednesday afternoon, rain chances return to west Tennessee. Highs remain in the mid 40’s with showers continuing overnight. Lows should drop back into the 30’s along with showers. Similar conditions remain Thursday with heavy rainfall continuing. Wind gusts still remain in the 30’s over the afternoon with highs in the upper 40’s. Lows should reach into the freezing temperatures. This could lead to a few flurries on the back end of the system. 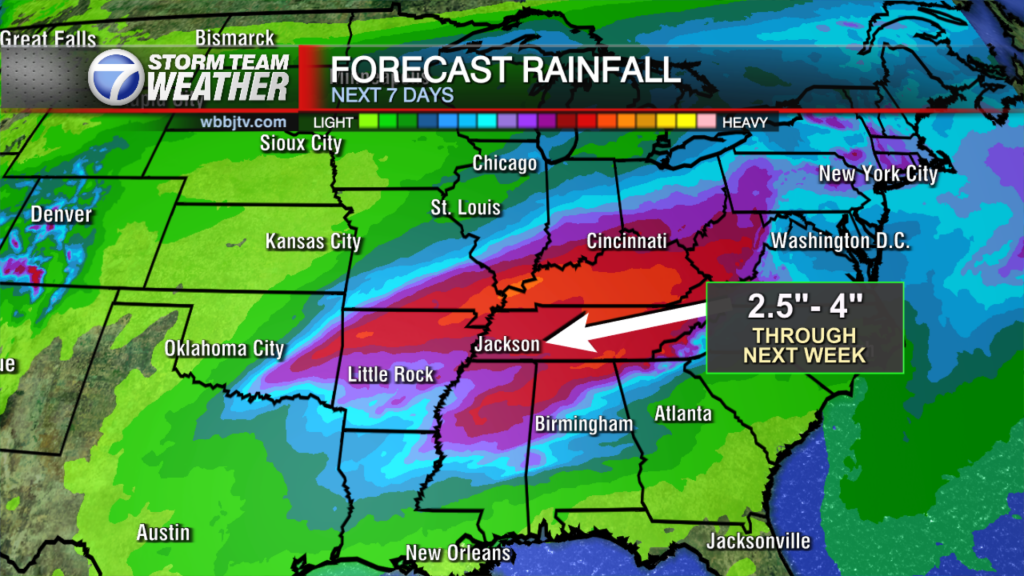 By Friday, mostly dry conditions remain as storms taper off. Highs remain in the lower 40’s with lows dropping into the mid 20’s. A high pressure moves in Saturday with some sunshine and warmer weather but highs only reach into the mid 40’s. A system to our south could lead a few showers moving into the region which could result in freezing rain or flurries by Sunday.