HENDERSON, Tenn. — Each week in February, WBBJ 7 Eyewitness News is celebrating Black History Month by telling the story of West Tennesseans, and it is sponsored by the Tennessee Education Lottery.

Today’s highlight is a woman who’s goal is to end the stigma surrounding mental health in Black communities. 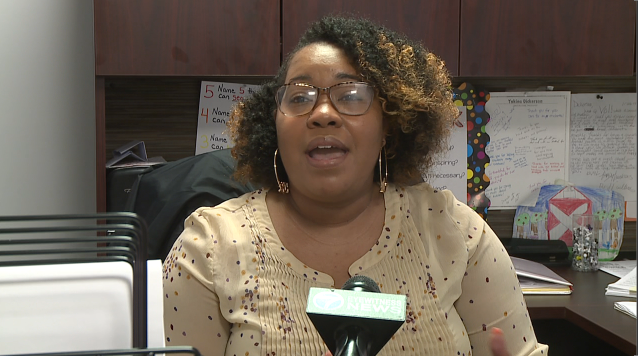 Yakina McClellan was born and raised in Bolivar.

She first studied to become a pediatrician at the University of Tennessee at Knoxville, but soon realized she had a greater passion for psychology after taking courses related to the field.

She eventually received her undergraduate degree in psychology and a masters in counseling psychology.

After also having parents that worked in mental health and getting to volunteer with them, she knew this was the path meant for her.

“We would go during Christmas and spend time with some of the patients and things like that, and I just remembered that from when I was a kid and put that with my experiences in college with my coursework and saw the need for more people that looked like me helping others with their mental and emotional well being,” McClellan said.

Along with being a licensed counselor and currently seeing patients virtually, McClellan also works during the day as a mental health interventionist with Southwest Head Start in Henderson.

She recently moved back to her hometown after living 10 years in Nashville.

She says she feels the area where she grew up has a greater need for her services.

“Compared to the big city, there aren’t many resources for early intervention when it comes to mental and emotional wellness, especially in our children,” she said. “I can see that from when I was a child, how we didn’t have the resources in the schools. Even the counselors at the schools, they focused more on helping you get on track to go to college, versus making sure that your emotional and mental state were okay.”

McClellan says in the Black community, mental health is not talked about as much as it should be. 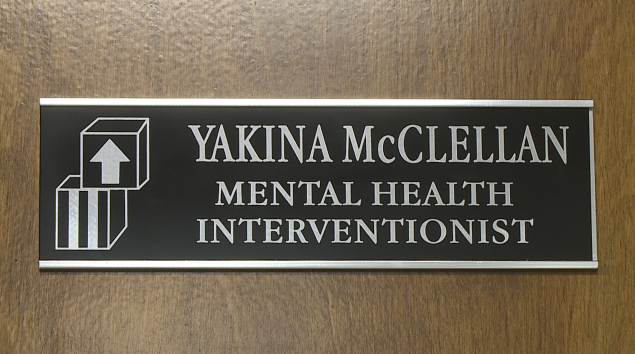 “There’s a trend where, culturally, we’re expected to be strong. Everything that we’ve endured down throughout our history, especially with our Black history. We’ve always been taught to tighten up your boot straps, keep on going no matter what, and that’s been passed down throughout the generations,” she said.

McClellan says she has a goal to let others know the negative stigma surrounding therapy is not true.

“All humans experience every emotional state, and it’s a norm. It’s normal, but we’ve just got to be able to acknowledge it, identify it, and then we can work on coping it, and we’re losing out on that identifying and acknowledging of our emotions. And you can see it as a result of what’s going on with our Black generation today, especially our Black young men.,” McClellan said.

McClellan says she feels being African American helps others be able to relate to someone who looks like them.

“Our culture is different from others, and a lot of people don’t understand our family dynamics and some of the things that we go through. So it helps to have somebody that comes from that background and understands the culture and the family dynamics to provide the support,” McClellan said.

She says, surprisingly, most of those who seek out her services are not people of color, and she says she hopes to change that.

“My goal is to really advocate. Advocate for taking care of our mental health,” McClellan said. “I think once we advocate more and find more people that are in the field, or that want to be in the field, to even know that this is a possibility that you can be a therapist and help other people, I think we would progress.”

Lastly, McClellan says Black history should not be dedicated to just one month, but celebrated all year long.

“We spend a lot of time focusing on people that don’t look like us, but we’ve contributed just as much and more than other cultures, and we get overlooked,” McClellan said. “But this is our time to say, ‘Hey we’re here. We’re doing just as good as you are, if not better and it’s about us being a shining light.'”

McClellan says next on her list is opening her own counseling practice by next fall.

Also, she wants to develop a partnership with school systems in West Tennessee to provide professional development to staff to make sure they are trauma-informed to understand the importance of social and emotional learning.

You can also find Black History Month highlights of Ronald Benton, and Bobby Deberry on our website.

Tree lighting to be held in Chester County

'Cruise In' bike, toy drive to be held December 3