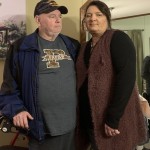 John Paul “Johnny” Butler, Sr., age 74, passed away on Thursday, February 24, 2022, at the Jackson Madison County General Hospital.  All services are under the direction of the Bells Funeral Home.

Mr. Johnny was born in Crockett Co, TN on December 12, 1947, to the late Luther W. Butler and Mary Cora Overton Butler.  He honorably served his country in the United States Army, receiving two Purple Heart Awards for his service and bravery. He was also preceded in death by one son:  Christopher Rodney Butler; and one sister:  Mary W. Gibson.

The family are honoring his wishes for cremation and further information will be announced as it becomes available by the Bells Funeral Home.