KYIV, Ukraine (AP) — The U.N. General Assembly has voted to demand that Russia stop its offensive in Ukraine and withdraw all troops, with nations from world powers to tiny island states condemning Moscow. 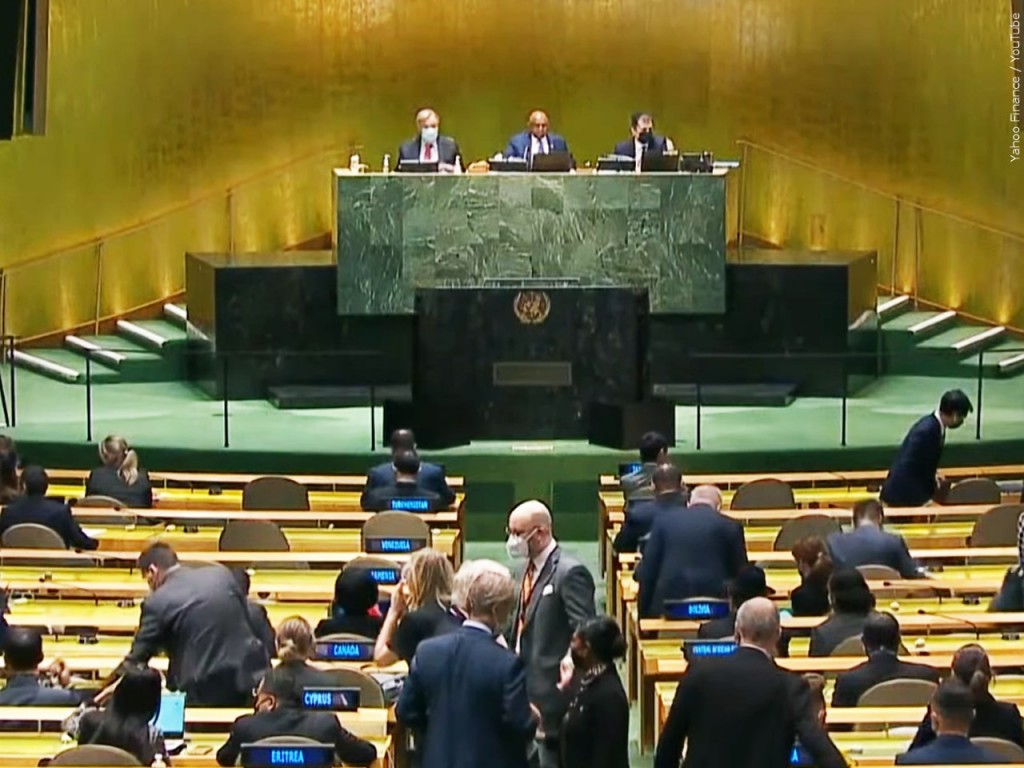 It came after the 193-member assembly convened its first emergency session since 1997.

Assembly resolutions aren’t legally binding, but they do have clout in reflecting international opinion.

The resolution deplored Russia’s “aggression” against Ukraine “in the strongest terms” and demanded an immediate halt to Moscow’s use of force and the immediate and complete withdrawal of all Russian forces.

Countries that spoke up for Russia included Belarus, Cuba, North Korea and Syria.