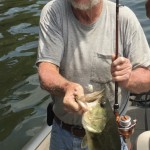 Bobby Joe Phillips, age 70, resident of Somerville, Tennessee, passed away Wednesday, February 23, 2022, after his fight with an illness.

Bobby Joe was born August 6, 1951 in Whiteville, Tennessee, the son of Albert Phillips and Norvelle Baggett Phillips and a resident of Somerville for close to fifty years. Bobby Joe married Beverly Sue Glover and were married for fifty years. He loved fishing and in his earlier years, he loved playing baseball and deer hunting. Bobby Joe worked with Garner Houston Well Company for over 30 years and then he worked with Zondra Houston Well Company until he recently retired. He loved spending time with friends and family.

He was preceded by his parents, Albert and Norvelle Phillips; his sister, Judy Elrod, his brother, Jerry Phillips; and his grandson, Desmond Jones.

Funeral Services for Mr. Phillips were held at 12 noon Monday, February 28, 2022 at the Peebles West Funeral Chapel at Oakland. Interment followed in the Perry Cemetery at Laconia.