JACKSON, Tenn. — In January, our very own meteorologist Moe Shamell thought he had what was a sinus infection until testing positive for COVID-19. 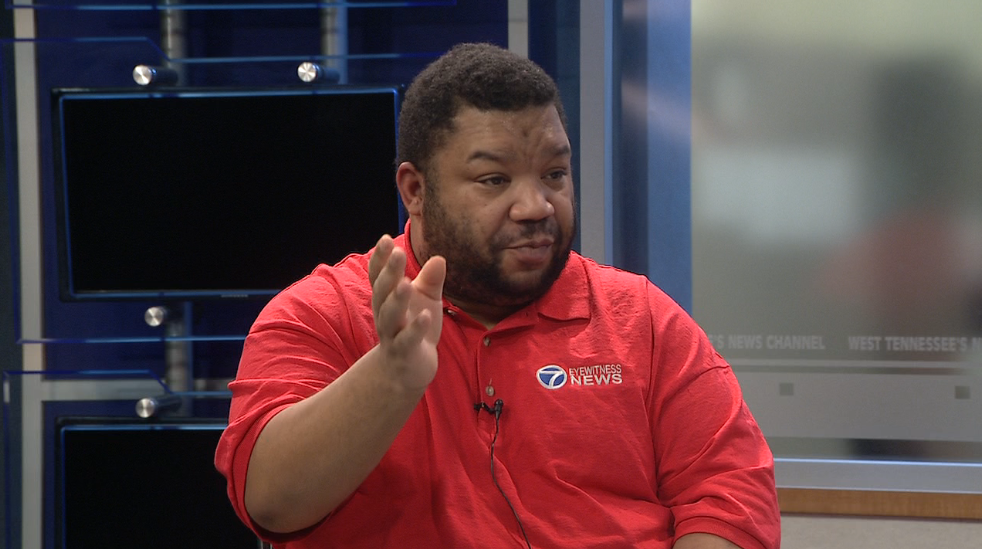 Moe spent his quarantine sleeping most days with his cat Iola. But one evening, he woke up from his nap feeling different.

“I was getting a FaceTime call from a friend, and I picked the phone up and I dropped it,” Shamell explained. “Picked the phone up and I kept dropping it. ‘Why can’t I hold the phone?’ This is coming up out of a nap, so thought, you know, maybe I slept on my arm. And then I go to stand up and I noticed that I cannot for the life of me walk at all or stand straight up. I mean, I kept falling over. I didn’t know what was going on.”

Moe showered, put his clothes on, and drove to a local clinic where he realized it was something more.

He was taken to Jackson-Madison County General Hospital where he found out he had a stroke, and a clot in his carotid artery.

Moe remained in good spirits as his everyday life skills were taken from him.

“There’s just a lot of stuff that comes with with the whole, you know, brain not having oxygen for a little bit. It does damage and lasting damage, one of them that you can’t see, hear, but I can tell you I feel it every day, is the fact that I don’t feel things on the left side of my body.”

“I realized, wow, this is really retraining my brain,” said Shamell. “Because what happens during the stroke is the nerves that travel from the brain to those — in my case, the left side parts — is broken. It doesn’t work, you have to retrain all that.”

Moe is still working on his speech, peripheral vision, and his left side motor skills. But he is happy to share good news.

“I had to hold off until the clot is officially gone. It took it a week and a half to finally shrink down to the point where it was gone, and we didn’t have the threat of another stroke.”

Now Moe is focused on recovering at rehab and getting back to the station soon.

He hopes to educate people that calling 911 and getting to the hospital as soon as possible should be the first step, because the nurses who helped him get there saved his life.

“I’m telling you, all the messages, all the mail, it got me through a lot of this. It really just helped me out so much mentally, because this is a pretty big mental impact. It really is. I’m expecting to make a mostly full recovery. I’m expected to be back on air as soon as possible, and I may not be the same or exactly the same Moe that left, but I hope to be as close to that as I can.”

We wish Moe the very best on his safe recovery and look forward to seeing him back at the station.