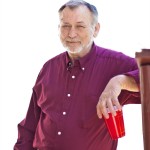 Mr. Larry was born on October 5, 1952, in Dickson, TN to the late Eugene Stanley and Wilma Qualls Stanley.  He retired from Agriculture Equipment after exactly 50 years of service this last July 2021.  He was a very hard worker that loved his family so very much.  He will be greatly missed by all that knew him.  He was also preceded in death by his brother:  Barry Stanley.

He is survived by his wife of over 47 years:  Sheila Austin Stanley of Brownsville, TN; two sons:  Jeremy Stanley (Jennifer) of Murfreesboro, TN, Travis Stanley (Heather) of Clarksville, TN; one brother:  Glenn Sylvis of Dickson, TN; one sister:  Judy Edney of Dickson, TN; numerous nieces and nephews; He leaves a legacy of 3 grandchildren:  Kaylee Stanley, Poppy Stanley and Lena Stanley.